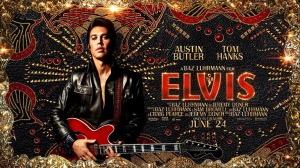 Last September, Elvis director Baz Luhrmann stated his plans for a four-hour Elvis cut, but he has recently re-ignited interest in the cut by revealing that he wants to cut together a sequence of Austin Butler performing a full concert as The King. Many of Butler‘s individual performances were interspersed throughout the film, but he filmed a majority of the concerts in full, as they were originally performed by the singer. Luhrmann still has the footage, and has plans for the world to see a full concert, uninterrupted.

The concert version is, according to Luhrmann, a “director’s assembly,” not a full version of the film, and the material still needs to be edited and worked on. He detailed his plans for the cut in his interview, saying:

“There’s a whole lot of material that adds up to four hours, but I have gone on record now to say not today, not tomorrow, but at some point I would do it. Because Austin did his concerts full out. He did all the numbers. Austin just did it and it was an out of body experience to watch him do those full concerts, so one day I will cut those full concerts together. We just had all the cameras. [Cinematographer] Mandy Walker even got the lenses reproduced form the ‘60s and ‘80s to match exactly everything.”

However, despite the heated anticipation and mounting pressure for Luhrmann to release the four-hour cut, the The Great Gatsby director is holding off of the project for just a little longer, saying he’s just “too tired” to get it done right now, and that the earliest he could see himself working on the Elvis cut would be in 2025. Luhrmann also told ScreenRant that Elvis had “crossed the line” based on its success on HBO Max and how long it stayed in theaters, which could also be a contributing factor to his decision to hold off on the project for a while longer.

Luhrmann’s Elvis released earlier this year, and was a huge success. The film grossed over $150 million at the box office, making it Luhrmann’s highest-grossing film in his career so far. Elvis is a biographical musical drama that follows the career and personal life of rock and roll icon Elvis Presley. Narrated from the perspective of his manager, Tom Parker, the film follows Elvis’s story from his teenage years until the time of his death in 1977. The film was co-written by Luhrmann and Sam Bromell, and features Butler, Tom Hanks, Dacre Montgomery, Olivia DeJonge, Luke Bracey and others.