Space travel never goes well in sci-fi and horror, and that seems to be the case once more in the eerie first look at Dean Devlin‘s upcoming SYFY series, “The Ark.”

The teaser and first look images, below, hint at a tense bid for survival amidst catastrophe. Dead bodies litter the hall and quick glances at terrified faces indicate the crew on this spacecraft is in for a rough time.

More importantly, it reveals that we can expect this sci-fi nightmare to arrive in February 2023.

The series, “takes place 100 years in the future when planetary colonization missions have begun as a necessity to help secure the survival of the human race. The first of these missions on a spacecraft known as Ark One encounters a catastrophic event causing massive destruction and loss of life. With more than a year left to go before reaching their target planet, a lack of life-sustaining supplies and loss of leadership, the remaining crew must become the best versions of themselves to stay on course and survive.”

“The Ark” premieres on SYFY in 2023. The official premiere date remains TBA. 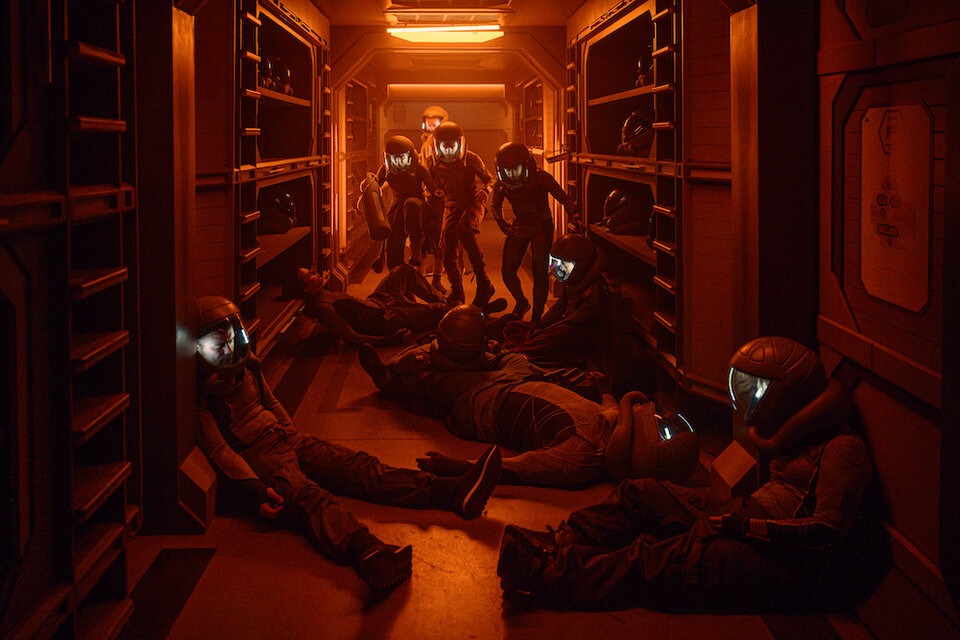