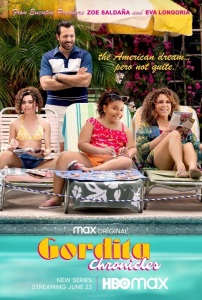 After Warner Bros. Discovery looked to cut back on kids and family content post-merger, Gordita Chronicles met an early end at HBO Max back in July after just one season despite solid reviews. Now, it’s officially getting booted off the streamer as revealed in a tweet by series showrunner Brigitte Muñoz-Liebowitz. It’s the latest victim to leave the platform due to cost-cutting measures under the newly-merged Warner Bros. Discovery.

As of right now, the title is still available to stream with no indication of when it could leave the platform. Deadline reported internal sources were saying that both the streamer and producers are working to find a new home for the show following the news. If Gordita Chronicles catches on with a new streamer, it could give hope to fans hoping for a continuation of the series. Given the initial cancellation was mostly due to Warner Bros. Discovery moving in a different direction, another platform may see the value in giving the show an extended run.

Gordita Chronicles was created by Claudia Forestieri and followed Latina reporter Cucu “Gordita” Castelli (Olivia Goncalves) as she recounted the events of her childhood in the 80s growing up as a chubby Dominican girl in America. The show earned high marks for exploring the experience for immigrants new to the U.S., following Gordita’s life with her eccentric family after their transition from Santo Domingo to Miami for her father’s work. With themes of family, opportunity, love, and resilience, the series saw the Castelli family boldly go against conventions in order to forge their own path toward the “American Dream.” It was a deeply personal series for Forestieri as she pulled from her own childhood experiences when creating it.

Cancellations and removals have been a harsh reality for Warner Bros. Discovery post-merger, kicking off with the shelving of Batgirl and Scoob! Holiday Haunt. The biggest loser in all this has been the kids and family content. Although Gordita Chronicles was one of the live-action cuts planned, animation content for the whole family suffered after over 30 titles were taken off to save on residuals including beloved series like Infinity Train. This may not be the end either as the company looks forward to its eventual Discovery+ and HBO Max merger in Spring 2023.

There’s still time to check out Gordita Chronicles before it leaves HBO Max for good. Read Muñoz-Liebowitz‘s statement below.

Just got the very sad news that #gorditachronicles is being pulled from the @hbomax platform. Binge it one last time before our sweet little show is gone. Thank you to everyone who loved and supported our show. ❤️✌🏽