There’s a new core four on the block in the first images for Freeridge. Netflix‘s first look at the On My Block spinoff introduces the main cast of Keyla Monterroso Mejia, Bryana Salaz, Tenzing Norgay Trainor, Ciara Riley Wilson as the four friends Gloria, Ines, Cam, and Demi who are set for new coming-of-age adventures on the streamer. Along with the images, Netflix also revealed that the return to Freeridge will be a bit sooner than expected with the series kicking off on February 2, 2023.

Following up on the success of On My Block, which tackled the tough issues that young people of color stuck in dangerous neighborhoods can face at the most pivotal times in their lives, while still weaving in heartwarming comedy, Freeridge brings the new friend group in for their own experience in the neighborhood. There’s a hint of the supernatural in the spinoff, however, as sibling rivals Gloria and Ines and their friends Cam and Demi may or may not have unleashed a curse welcoming misfortune into their lives. Details are scarce about what exactly will transpire in the upcoming series, but it appears to be a slight departure from the grounded reality of the parent series.

The four friends get the spotlight in most of the images as they go about their daily routines. There’s a quirky energy about this group that comes off as they enjoy lunch together, apparently get called into the principal’s office, and maybe handle a cursed artifact. One image shows Cam wearing latex gloves and holding a wooden box with two Ms on top. It’s possible this is the same box that the young friends unleash the curse from given its mysterious nature. Other images show off other members of the community they’ll meet along the way including some returning faces from the original series like Paula Garcés and Eric Gutierrez.

Freeridge will also see the return of Peggy Blow who returns as a series regular in the spinoff. Rounding out the returning cast members are Eme Ikwuakor and Raushanah Simmons who reprise their roles as the Turners. Lauren Iungerich returns from the original series as creator, showrunner, and executive producer alongside Jamie Uyeshiro, Eddie Gonzalez, Jeremy Haft, and Jamie Dooner.

Freeridge Is More Than On My Block 2.0

Considering how beloved the original On My Block core four were and the love that went into that series, Iungerich is mindful of how she wants her new cast to come off in the spinoff series. She explained to Tudum that it was crucial to make this new group of friends stand out as more than just the new Monse, Ruby, Jamal, and Cesar:

…the new core four of Freeridge don’t step into the shoes of our original [On My Block] crew. They step into their own shoes, right alongside the legacy of the kids who came before them. Through the lens of this new group of friends, we’ll see Freeridge as we know it and also explore a Freeridge we haven’t seen before.

Fans can return to Freeridge for new adventures on February 2. Check out more of the first images from the series below: 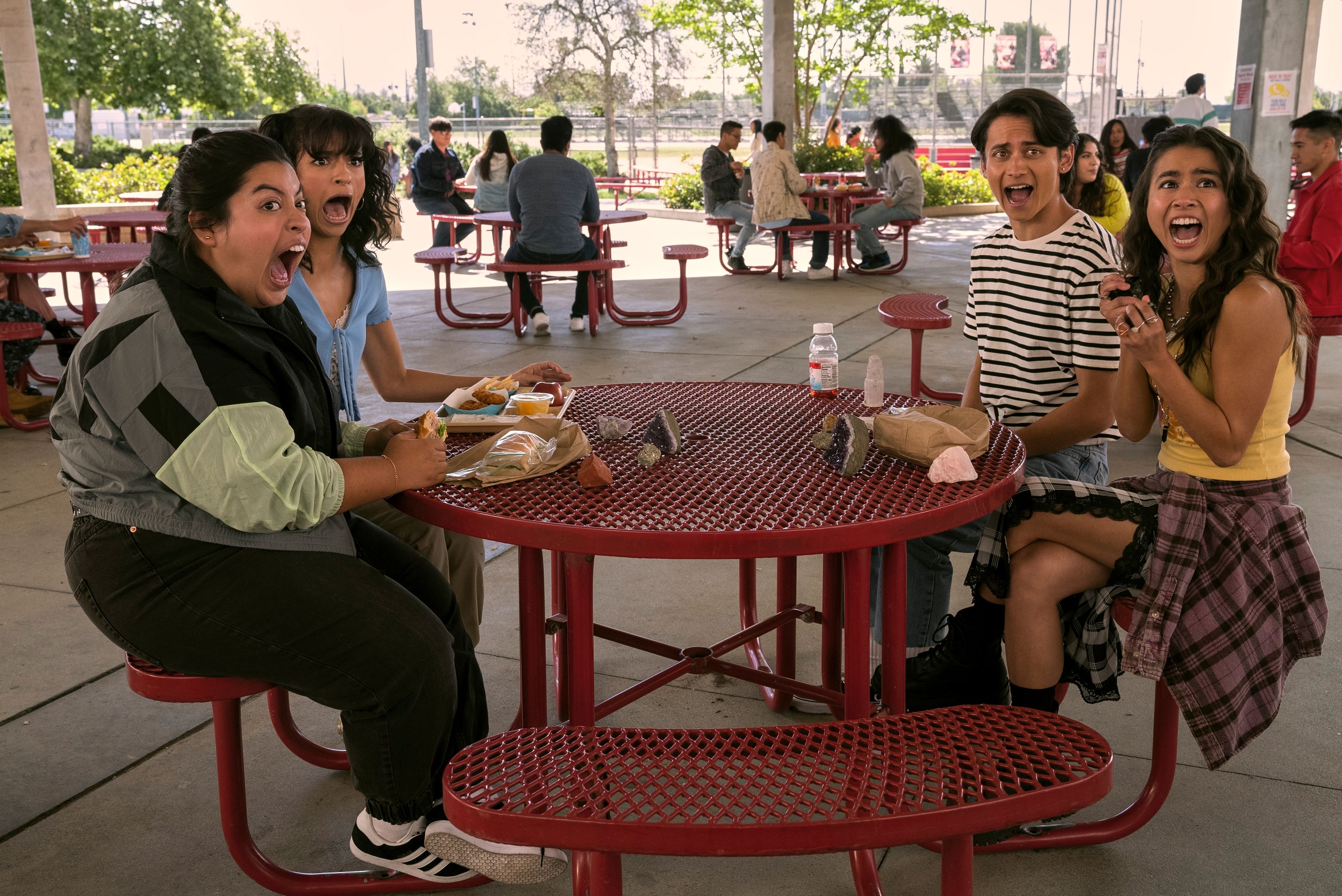