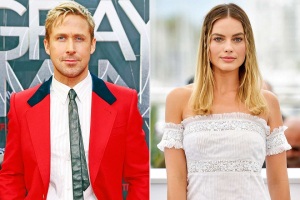 Warner Bros. Discovery has set the date to start shooting the new Ocean’s Eleven, reportedly a prequel starring Margot Robbie and Ryan Gosling. However, an announcement published on the Film & Television Industry Alliance‘s official website reveals the prequel is actually a remake of the first Ocean’s 11 from 1960, and the originator of the film series.

Last May, we first heard about Warner Bros’ planned prequel to Ocean’s Eleven which starred George Clooney and Brad Pitt. Bombshell director, Jay Roach, was reportedly attached to helm the movie from a script by Carrie Solomon, with a story taking place in Europe during the 1960s. Later, in August 2022, we learned Gosling was joining the production. The new project announcement confirms the name of all previously reported cast and crew members. The project summary also reads: “Remake of the original Ocean’s Eleven that is set in Europe in the 1960s starring Ryan Gosling and Margot Robbie.”

The first film in the series was released in 1960 and featured Frank Sinatra, Dean Martin, and Sammy Davis Jr. as World War II veterans who joined forces to rob five Las Vegas casinos in a single night. So, instead of just a prequel, it looks like Warner Bros. Discovery is also looking to reboot the film series as it did with 2001’s release with Clooney and Pitt. Of course, there’s still a chance the new Ocean’s Eleven fits both shoes at the same time; the upcoming production could remake the original 1960’s film while also serving as a prequel to the most recent films.

2001’s Ocean’s Eleven spun a successful trilogy starring Clooney, Pitt, and an all-star ensemble. Over a decade after the release of 2007’s Ocean’s Thirteen, Warner Bros. also revived the franchise with Ocean’s Eight, featuring an all-female crew who plan to pull a heist at the annual Met Gala; the crew was led by Sandra Bullock as Debbie Ocean, the sister of Clooney’s original thief Danny Ocean. The revival failed to make a splash at the box office, which explains why Warner Bros. Discovery is taking the franchise in a whole new direction. There still isn’t much information available about the prequel/remake of Ocean’s Eleven, but since shooting starts on March 6, it shouldn’t take long before we learn more.

When Is Ocean’s Eleven Remake Coming to Theaters?

Warner Bros. Discovery is keeping the lid shut on the new Ocean’s Eleven and has yet not announced a possible release window. However, since the movie enters production this March, we shouldn’t expect to watch it sooner than Summer 2024. Or even later, depending on the project’s post-production needs.