Disney+ has released new images for the teen romance-comedy film Prom Pact, which is slated for release on March 30 on Disney Channel, and will be available for streaming on Disney Plus on March 31. The film focuses on the life of Mandy Yang (Peyton Elizabeth Lee), a high school senior whose goal is to get accepted into Harvard. However, everything changes for Mandy when she is put on the waitlist.

Mandy decides to take control of her future by tutoring popular varsity jock Graham Lansing (Blake Draper) in an attempt to convince Graham’s senator father, who is a Harvard alum, to help her get into his alma mater. Prom Pact takes place during high school prom season, and as the excitement of prom starts to sprinkle romance everywhere, Mandy begins to fall in love with Graham after learning more about him during their tutoring sessions.

Julie Bowen, who executive produces the movie, described Mandy’s character as a feminist who does not believe in falling in love. Bowen noted that Mandy doesn’t want to believe in love because she is so liberal. “But then she falls and there’s that undeniable chemistry,” Bowen added.

The new images show different spicy shots of Mandy and Graham with a special one of Mandy standing outside, holding a placard with the word “Prom?” written boldly on it. The images also include a shot of Ben (Milo Manheim), Mandy’s friend. Other cast members include Emmy-nominated actress Margaret Cho, who plays the role of witty counselor Ms. Chen, Wendi McLendon-Covey, who plays Alyssa, Mandy’s mother, David S. Jung, as Lee, Mandy’s father, among others.

The teen rom-com film is directed by Anya Adams, who directed a few episodes on ABC’s Fresh Off the Boat and Netflix’s Ginny & Georgia. The movie was written by American Housewife writer Anthony Lombardo. Rachael Field, Jake Kasdan, Melvin Mar, and Bowen are executive producers. Bowen played the role of Claire Dunphy in the popular ABC sitcom Modern Family, a role she won two Primetime Emmy Awards for in Outstanding Supporting Actress in a Comedy Series category in 2011 and 2012.

Prom Pact will premiere on Disney Channel on March 30 and stream on Disney+ the next day. Check out the new images below: 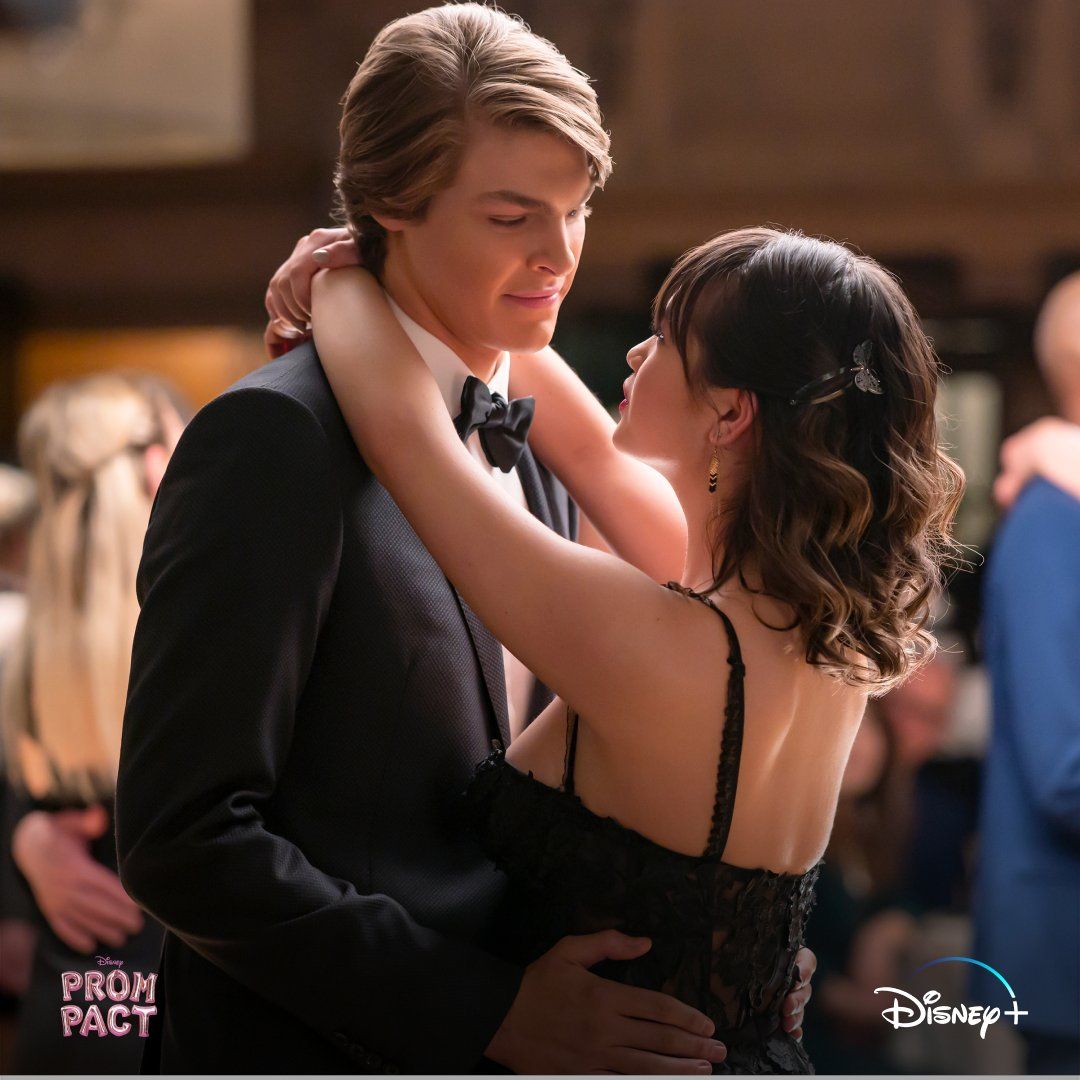