Synopsis – As his kingdom is being threatened by the Turks, young prince Vlad Tepes must become a monster feared by his own kingdom in order to obtain the power needed to protect his own family, and the families of his kingdom.

My Take – Just when we thought we are done with the long line up of movies about the prince of darkness aka the count, Universal decides to reboot it, with a new take of the classic tale. This film is apparently the kick start to Universal’s own monster universe, similar to the ongoing superhero universe from different properties. Unlike the stories so far (like I said, so many!) this one takes us far back to the very beginning, to the origins. Where a prince battled the Turks. 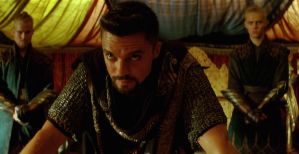 It is innovative, and interesting to see how the story reveals itself. While classic Dracula fans expecting a London setting & the presence of Van Helsing will be disappointed This film is something else!A good fantasy action movie with great visual effects, good acting and a decent story. The story has a nice paste, it is a great combination of slow sequences and action. But, the true problem with the movie is the length. 93 min is way to short for a movie of this type. If it were 30 min longer the characters could have been explored more, the story could have had more drama, and the ending could have been longer and bloodier & probably more effective. Luke Evans was by far the best choice for the lead role. His dark and passionate portrait of the prince was staggering. He was believable in every scene from start to finish. The changes of his character were so sophisticated and cool that only after the movie ends one actually realizes what a good performance that was. Evans is the only one that equals the ’92 Gary Oldman’s performance. Charles Dance is amazingly creepy as the master vampire! 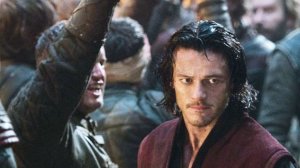 Being a Dracula movie there are things you have to expect, yes he receives his power by drinking blood, having all the vulnerabilities as every vampire (which they do very good in this movie) but the way this movie makes you root for Vlad(Dracula) you actually find yourself engulfed in the movie wanting him to overcome the darkness and win. Overall Dracula Untold may seem like heartless yet fun stand alone film, but considering the bigger picture as the 1st entry of the Monster mash up universe (The Mummy reboot, Frankenstein, Werewolf & Van Helsing with Tom Cruise), this film is worth a watch!