Synopsis – Inside Edge is the story of the Mumbai Mavericks, a T20 cricket franchise playing in the Powerplay League. Set in a landscape of conflicting interests, where selfishness is almost a virtue, where sex, money, and power are mere means to an end, Inside Edge is a story that pulls no punches, minces no words, and takes no prisoners. Come witness the game behind the game.

My Take – In India, considering the amount of following & immense personal investment, cinema & cricket have gone on to become such a phenomenon, that the general public literally worships their stars. However, it’s strange to know that barring an exception or two, these money-making cocktails have never mixed with each other quite well. Enter Inside Edge, Amazon Prime Video’s first Indian original series, produced by Excel Entertainment’s Farhan Akhtar and Ritesh Sidhwani, which takes us on a trip inside the manifestation of this heightened culture with its 10 episodes long first season. With its superb direction, the series based on a fictional T20 cricket tournament, focuses more on the game behind the game, which includes gambling, match-fixing, politics, skewed relationships, sleaze and, of course, money. The show reiterates that this game has a lot of moolah riding on it, while betting on cricket is illegal in India, it’s still the biggest racket. While the series does have its moments of Bollywood clichés thrown in, considering the trash currently running on Television who for some reason call themselves Indian soaps, creator Karan Anshuman manages to hook you on from the first episode itself hereby providing a look into events that seem to be inspired by the Indian Premiere League (IPL), all the while never forgetting to entertain. The story follows Zarina Malik (Richa Chadda), a fading popular Bollywood actress and co-owner of the fictional T20 cricket team Mumbai Mavericks in the Power Play League (PPL). When the most substantial investor of the team decides to sell of his share to announce his bankruptcy, Zarina is not ready to let go of all the effort she has put in for past six years, and in order to regain her control, she agrees to get in Vikrant Dhawan (Vivek Oberoi), a suave mysterious business man on board as the new owner. 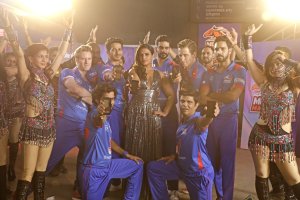 Unknown to her at first, Vikrant is also the head of an elite match fixing racket and uses this opportunity to bring in the team’s players to his side & threatens those who do not budge to his will. The narrative also takes us inside the lives of a few players of the Mavericks like Arvind Vashist (Angad Bedi), an ethically upright captain in a failing marriage, and Niranjan Suri (Sanjay Suri), a composed coach unable to shake off his past. There’s also Vayu Ragahavan (Tanuj Virwani), who is the Yuvraj Singh/Virat Kohli equivalent in the team — brash, aggressive personality, messed-up but with a heart of gold who is still dealing with his break up with reporter Meera (Sarah Jane Dias), by snorting all kinds of drugs, sleeping with cheerleaders & drinking himself to death. His sister, Rohini Raghavan (Sayani Gupta) is the Mavericks’ analyst; she’s the one who tells them what works and what doesn’t in terms of technique. There’s also a lovely juxtaposition between the team’s oldest member, Devender Mishra (Amit Sial), and its newest member, Prashant Kanaujia (Siddhant Chaturvedi). Both belong to the same district in UP, and while to the world it looks like a mentor-mentee relationship, Mishra regularly harasses Kanaujia for being from a lower caste. With sex used as a weapon and corruption all around, Zarina & the sportsmen must choose between what is right & wrong without losing their pride for the game they were born to play. I must warn beforehand, for cricket lovers, there are very few sequences of people actually playing cricket, and a lot more sequences of what happens behind the scene. Straight off the bat (pun intended), one of the biggest successes of the web-series is that you immediately start to draw hypothetical parallels to the characters and the situations in the show. It’s a no-brainer that series is a fictional take on the Indian Premiere League. The trailer itself informed us that there was going to be a lot of sex, drama and scandals in the show, and after having binge-watched the whole series, I can safely say, there really was. The series provides a ringside view into the world of cricket, where it’s less of a sport and more of a business run with questionable morals and ethical dilemmas as its constant companions. The 10-part series directed by Karan Anshuman takes us straight into a rather tense dressing room of Mumbai Mavericks & within a short span of under 45 minutes, the first episode introduces the viewers to every major character. The introduction is not accompanied by a narration or high-octane background music. The characters are so seamlessly integrated into the narrative that it does not feel like a make-believe world. What transpires onscreen comes across as though it has been happening for months and it is the viewers who have become a witness to this universe now. The writing, at least on a storyboarding and television level, is some of the smartest I’ve seen in an Indian show. There are hooks, cliffhanger endings and very few loopholes. The simplicity isn’t entirely patronizing & the landscape is precise. One such sequence involves Vayu Raghavan and his sister. Vayu has a bit of a drug problem, and on the day of a crucial match, goes missing. Rohini finds him passed out in a parking lot, after having taken a concoction of drugs. What follows is a countdown sequence — they have exactly 60 minutes to get him ready to play in the match. 3 cold showers, 1 steam and a breakfast later, he’s finally ready, but how they get there is a treat to watch. This is one of the best scenes in the series. 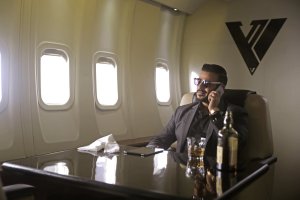 The multiple plots weaved into one can sometimes leave you a bit overwhelmed, but as the show progresses, it settles down and lets you concentrate on the central plot. Every game played pushes you to the edge of the seat, wondering about the fate of the match. The nail-biting situations make you feel like you are watching a live match in a stadium. On an operatic macro level, the storytelling is clinical. Every character has an individual graph, conflicts and resolutions, and many real-life incidents organically inform the overall mood of the narrative. In fact, the fifth episode, which is virtually the midway point, begins with almost every face in an airplane in various states of crises. More importantly, it is clear by now that almost everyone is beyond redemption; a “happy ending” will only be a lesser degree of corruption and tragedy. There is no good guy, and everyone is tarnished either by secret histories or present circumstances. The team owner Zarina Malik somehow reminded me of Preity Zinta as she cheers from the stands and is seen liberally hugging her team after their match wins. In fact, one can’t help but draw parallels between the characters we see on screen and their possible real-life inspirations. Kudos to Karan Anshuman for making some of best sequences I’ve seen on the small screen. Not only are they very well edited (each episode starts and ends with a bang), they are superbly shot too. The show makes us see the game of cricket in a whole new light. That’s not to say that the show doesn’t have its flaws. There are some moments that are just cringe-worthy, it terms of corniness. There’s a death in the show that I predicted early on. Some of the “twists” are executed in a very haphazard manner, often leaving you with more questions than answers (and not in a good way). And finally, the series’ biggest let down is Vivek Oberoi. His performance as Vikrant Dhawan is charred and extremely conceited. This is a travesty only because Oberoi can act. He has great screen presence too. If he had just toned down his performance, the natural evil within his character would come out far more than it currently does. It just seems that he is repeating is hamming antagonist act from Krrish 3. Thankfully the rest of the cast does well! Leading the flag here is the very underrated Richa Chadda. You believe her eyes when she doesn’t say much, but emerges face first from a tub full of water, smoking a cigarette in stress. Angad Bedi as the upright and sincere captain is the best that we have seen of him till now. Sanjay Suri is beautifully measured and is as usual a pleasure to watch in a role right up his alley. Siddhant Chaturvedi as the young cricketer Prashant Kanaujia taking his first hesitant steps into the big bad world does a fine job and Amit Sial is fabulous as the mean and hateful Devender Mishra. Tanuj Virwani is excellent! While his character may sound cliched, Virwani‘s unwavering sincerity more than makes up for it. Sayani Gupta completely owns the scenes she is present in.  Her scenes with Virwani is the only time the audience get to see the tender side of his character. In supporting roles, Manu Rishi, Sarah-Jane Dias, Aahana Kumra, Manuj Sharma, Alexx O’Nell, Edward Sonnenblick, Asha Saini & Jitin Gulati play their parts well. On the whole, ‘Inside Edge’ is a captivating, gripping, nerve-racking, emotional and chaotic look behind the extensive world of cricket.