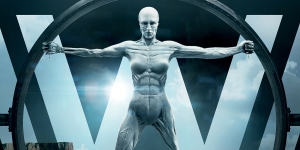 The Westworld Season 2 has just premiered, but it’s never too early to start talking about Westworld Season 3 … and beyond. Fans of HBO’s sci-fi Western drama series were dismayed to learn the show would not be returning in 2017, and thus would have to wait a year and a half to see the second season. The reasoning given was that Westworld is an ambitious show with a lot of moving parts, but also the show’s first season was publicly delayed as production shut down so showrunners Jonathan Nolan and Lisa Joy could catch up on scripts and reorient some of their plans for the densely plotted first season.

And it appears that long wait may not be a one-time deal. Speaking with EW, Nolan alluded to the fact that there would be another 18 month gap between Season 2 and Season 3, and while he didn’t confirm that the Westworld Season 3 premiere date wouldn’t be until 2020, he said a longer time for development and production between seasons is part of discussions they’re having with HBO:

“It’s an ongoing conversation with our friends at HBO, and for us, with a show of this scope and scale, we’re not interested in doing the compromised version. We want the show to get bigger and bigger and more ambitious and this takes time. We want to take all the time we need to get it right.”

As for how long Westworld will run, Nolan doesn’t seem keen on revealing a specific season number, but does acknowledge they’re telling a story with a definitive end—albeit one that could change drastically from season to season:

“When we wrote the pilot we thought we’d get a bit further [into the story during season 1] than we did. The shape of the season emerges as you get down to writing. We want to feel like the show is rocketing ahead, and want to be fearless. We have an idea about how this breaks down but it’s not so much the number of seasons but the ambition of the story we’re telling. These hosts don’t live on the same timeframe we do and don’t have the four-year lifespan as [Blade Runner] Replicants. If left to their own devices, they could live forever. So our story has some real scope to it. There’s a story here with a beginning and middle and end.”

Nolan continues, likening each season of Westworld to its own feature film and promising a sense of closure at the end of Season 2:

“To that end, we don’t like to endlessly build mystery. We like to settle our debts by the end of the season. We view each season as a self-contained chapter and the questions [raised at the start of each season] are largely answered by the end of each season. We want each season to feel satisfying the way a film franchise feels satisfying with each film. We want you excited to come back after 18 months but that you haven’t been left hanging on the edge of a cliffhanger — that doesn’t really feel fair to the audience.”

Nolan and Joy have confirmed that we’ll be visiting another park this season, Shogun World, and there are four other parks that exist under the Delos banner, so there’s plenty of room to expand. And speaking with EW, Nolan says they never wanted the show to be stuck in Westworld with a Fantasy Island-like concept, so expect plenty more evolution as the scope continues to grow in future seasons.