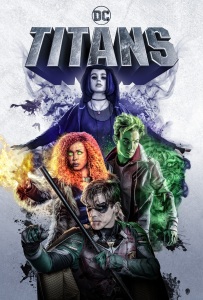 The DC Universe’s first series Titans is getting a little help overseas. While the dark and gritty adaptation of the Teen Titans comics serves as the inaugural series for Warner Bros. and DC’s proprietary streaming service “DC Universe,” Variety reports that Netflix has acquired the international streaming rights to the show—meaning Titans will be available on Netflix everywhere outside the U.S. It’s a bit of a weird decision as Titans was supposed to be the selling point for the DC Universe streaming service, but it’s unclear if Warner Bros. Television even plans on launching DC Universe internationally. Recently it was announced that the streaming service would be coming to Canada, but a launch date has not been revealed.

This isn’t the first time Netflix has poached a show from another streaming service—Netflix is the home of the CBS All Access series Star Trek: Discovery outside the U.S. and Canada.

DC Universe launched on September 15th with a bevy of library titles like Batman: The Animated Series, as well as comics. Titans premieres on October 12th, but after that DC Universe will be home to other live-action series like Doom Patrol and Swamp Thing. It’s unclear if those shows will join Titans on Netflix internationally, and will likely depend on the popularity of this first series.