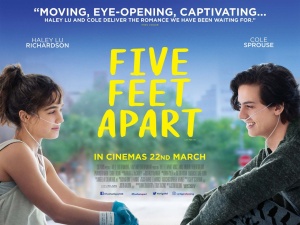 Synopsis – A pair of teenagers with life-threatening illnesses meet in a hospital and fall in love.

My Take – With every new year comes a certain set of expectations, while most of us keenly await the release of the next blockbuster from an established franchise, or the latest feature from an trademark filmmaker, or just simply an awards worthy drama, a section of the audience (albeit a big one) waits for the latest plethora of new teenage romance films to see on their awkward first dates.

While their presentations has varied over the years, with comedy being mixed up with emotions, and some cutesy and cheesy tactics thrown in, and of course those horrid Nicholas Sparks adaptions that have somehow managed to find a place for themselves in the hearts of the public, the end goal remains the same – invoking tears and pulling the heart strings of the audience at the same time.

In recent years though, their recycled and forgettable format have send the genre down to a depreciating turn, well that was until last year’s delightful ‘Love Simon’ and ‘Set It Up‘ came along bringing back the audience’s interest. From the looks of it, this latest film from filmmaker Justin Baldoni, clearly aimed to capitalize on the reemergence of the genre and the recall value of the very successful 2014 film, The Fault in Our Stars. To be fair it does manage to be mildly successful.

Honestly, I went into this one expecting to roll my eyes at the usual sick-lit teen romance tropes and, for the most part, it is a pretty standard entry in the genre. Personally I am cynical about films that seem so clearly intent on going straight for the heartstrings and forcing every girl in the audience to go for the emergency tissues stash in the purse. I hate that feeling of being manipulated.

Surprisingly this film turned out to be much better than I had anticipated, with a lot more heart, artistic beauty, and adventure than many of the romance/dramas that I’ve seen. Sure, it still has predictability and cheese factors, primarily in the scientific stretches, but what I appreciated most about this take was the believability of the premise, the likeability of the characters, and the way it was able to subvert expectations, at least at times, without seeming too self-aware of the tropes or winking at the audience too much.

What the film has mainly going for it is the two outstanding lead performances from Haley Lu Richardson and Cole Sprouse. Without a doubt, the Riverdale star and Split scene-stealer are among the most appealing young actors working at the moment, with Richardson in particular emerging to become one of the sharpest talents of her generation.

The story follows Stella (Haley Lu Richardson), a perky, bright and tidy 17-year-old who has been dealing with Cystic Fibrosis (CF) her entire life. Despite her breathing struggles and medical issues, Stella is a shining light of optimism who is friendly with the entire hospital staff and spends most of her time making vlogs about her condition or just hanging with her best friend Poe (Moisés Arias), who too has been diagnosed with CF as long as her.

All this time, Stella also maintains a strict regimen on her medicines in hopes of hanging on long enough for a lung transplant. On one of her frequent visits to the hospital nursery to watch the newborn babies, Stella crosses paths with Will (Cole Sprouse), a more cynical CF patient who has B Cepacia form, which is so deadly that sufferers aren’t even included on the lung transplant list. In contrast to Stella, Will wonders if the hassle of treatment is worth the pain and inconvenience, when so little hope is present.

However, something clicks between them. While Stella rejects Will’s initial attempts at flirting, the chemistry is there from the get-go before it progresses into something sweet. But unfortunately for them, under the strict eye of their nurse, Barb (Kimberly Hébert Gregory), they are sworn to the CF five-foot rule, were two people with cystic fibrosis are unable to be closer than five feet away from each other because of the risk of spreading life-threatening bacteria. The pair reluctantly abide, but manage to add their own twist to the rule.

The film, though rushed and sloppy at times, manages to be engaging, and I found myself invested in these characters and their story in a way I didn’t expect based on the trailers alone. Thankfully, spending the past five years playing a romantic leading man on The CW series, Jane The Virgin, has given debut feature director Justin Baldoni a keen eye for capturing lush romantic imagery, who here does a beautiful job at bringing the heart-wrenching realities of CF to light, complete with comedic teenage one-liners, inspirational endeavors, and drama that almost every teen can relate to.

Cystic fibrosis is not a common disease, and I certainly wasn’t familiar with it. But the script and the actors handle the condition with surprising sensitivity. Rather than making it the focus of an emotional train-wreck, no one seems to be working overtime to make you feel sorry for them. Rather, we get to see what seems to be a surprisingly appealing group of teenagers who’ve accepted the condition in various ways long before the opening scenes of the film, and they are going to move forward with life without asking for our sympathy.

Even the basic premise about two teenagers, both with cystic fibrosis, fall in love despite not being able to touch – gives a unique and realistic Romeo and Juliet twist to the genre. The film teases us a few times with assumptions, but the theme of human touch is ever-present. For CF patients, is love selfish or is it an inherent need? ‘The lights are like stars’ is a nice touch that explains how this disease forces these folks to think a little differently and find joy in the moment, yet still keep their distance.

Also surprisingly as the film draws to an end, director Baldoni ensures that it doesn’t follow the same happily ever after that you expect from traditional ‘boy meets girl’ love stories. Yes, there is certainly a suspension of disbelief that comes, at times, with this film, for example, I often found myself wondering how certain hospital staff members retained their employment when they constantly lost track of their pediatric patients.

But for the romance component itself, I give them props for finding a realistic way that was both poetic and fun to behold. The ordeal of the disease contending with the blossoming love is a driving force of the film and somehow manages to be fresh despite how plotted love tales are.

Unfortunately, like almost every film of the genre, it too falls victim to the clichés of many other young adult love stories in the form of brooding bad boys, impossible love and way-too-profound and poetic lines to be coming out of the mouths of high school kids. The welcome insight into the physical and emotional experience of living with cystic fibrosis also eventually give way to increasingly improbable romantic and dramatic scenarios. That includes the misstep of pivoting to a broadly inspirational message about how people with CF can inspire the rest of us not to take our lives or our ability to touch for granted.

In addition, some of the scientific plausibility for one with my mindset are difficult to get over in terms of the miracles vs. the statistical chances of the real life. Some of the interactions, primarily in the ending occurring the way it did, was very unrealistic and seeing these miracle moments only added to the cheesy coincidences that the genre is famous for. While the film is incredibly predictable and by the numbers, the romantic relationship between these two characters works well because of the actors’ performances.

Yes, Cole Sprouse and Harley Lu Richardson bring a fantastic dynamic to latch onto with a serious level of chemistry between them that has to be one of the most believable pairings I recall in this genre. I was totally sold on their relationship and genuinely liked both characters despite their more awkward, tropey interactions in the first act. The growing sparks between them effectively places this truly debilitating genetic condition in just the right context. Sure, they are a bit too old to be playing teenagers, but their talent allows us to take in the layers here with the disease and the limitations on life.

In supporting roles, Moisés Arias and Kimberly Hebert Gregory manage to leave a mark, while Claire Forlani and Parminder Nagra are wasted. On the whole, ‘Five Feet Apart’ is a charming YA romantic film with enough highs and lows to win over its target audience and some. 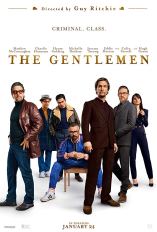 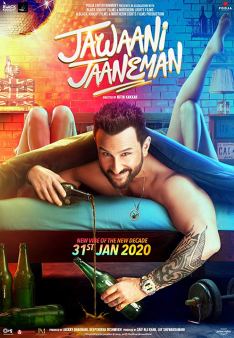