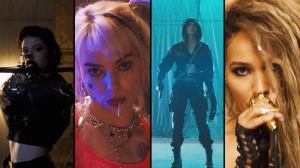 Hoping to beef up the ‘wow’ factor in Birds of Prey, Warner Bros. and DC Films are bringing in John Wick director Chad Stahelski to design and work on additional action scenes for the film alongside director Cathy Yan.

Stahelski is coming in to oversee second unit photography on Birds of Prey, and though he’ll remain uncredited for his work, he’s the perfect person for Warners to turn to as it aims to maximize its investment in this female-driven Suicide Squad spinoff starring Margot Robbie. Stahelski is already creatively invested in the project, as his company 87 Eleven has been working on the movie’s stunts since production started.

Yan is about to begin additional photography (i.e. reshoots) on the film, which is slated to hit theaters in February 2020. Birds of Prey is Yan’s first big-budget movie, as she hails from the indie world, with credits including the Sundance movie Dead Pigs.

Robbie reprises her role as Harley Quinn, and this time the character will be joined by Huntress (Mary Elizabeth Winstead) and Black Canary (Jurnee Smollett-Bell) as they team up to take down a vicious crime lord named Black Mask (Ewan McGregor). The rest of the cast includes Chris Messina, Ali Wong and Rosie Perez as Renee Montoya.

Stahelski started out as a stuntman, doubling Keanu Reeves in The Matrix, before going on to direct all three films in the John Wick franchise. His second unit credits include Captain America: Civil War and The Hunger Games. Stahelski is represented by WME, and the Hollywood Reporter broke the news of his hiring.