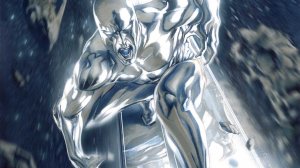 While Kevin Feige teased the impending arrival of the X-Men and Fantastic Four into the Marvel Cinematic Universe during Marvel’s San Diego Comic-Con panel in July, we still don’t have any idea as to how and when the studio intends on introducing the characters from Disney’s Fox acquisition into the wider MCU.

However, according to a report from Geeks Worldwide, it seems that Feige and company may have identified Norrin Radd, a.k.a. the Silver Surfer, for his own solo movie, with the site claiming that Marvel Studios is actively developing the project.

Furthermore, the site also speculates that Adam McKay, co-writer on Ant-Man, may well be involved with Silver Surfer, given that the Oscar-winning filmmaker revealed back in March that he’d spoken to Marvel about the character and was “really excited about that idea”.

A herald of the planet-consuming cosmic entity Galactus, the Jack Kirby-created Silver Surfer previously appeared on the big screen back in 2005 in Fantastic Four: Rise of the Silver Surfer, while Fox also announced back in early 2018 that Brian K. Vaughan (Runaways) was working on the script for a solo movie.

While the rumor is unconfirmed at this point, Silver Surfer is surely high on the list of priorities for Marvel when it comes to the newly-acquired Fox characters, and introducing him through his own solo movie could certainly be an effective way of building up the threat of Galactus ahead of the Devourer of Worlds’ eventual showdown with the heroes of the MCU.