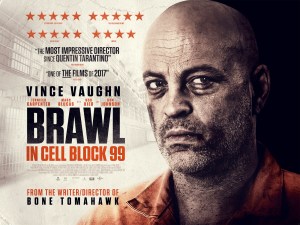 According to Deadline, Vince Vaughn and Netflix are getting together for an action-adventure comedy, based on a pitch that the streaming service has acquired. Though the project doesn’t yet have a title, and details of its plot are unknown at this time, there is a little bit of info to glean. The movie will feature three leads—Vaughn’s role included—and is said to be in the spirit of City Slickers and Old School. So, we can expect a trio of forty-(or fifty) somethings getting themselves in over their heads in some harebrained attempt to recapture their youth. Nostalgia can be a dangerous thing.

The project marks a return to comedy for Vaughn after a stretch of heavier roles (this year’s Fighting With My Family notwithstanding) like the second season of HBO’s True Detective, Hacksaw Ridge, Brawl in Cell Block 99, and Dragged Across Concrete. He also has the non-fiction Seberg with Kristen Stewart scheduled for a December release, and Clark Duke’s crime drama, Arkansas, in post production, which will feature Vaughn as a drug kingpin.

Anders Holm will write the script for Netflix. Holm starred in and wrote the action comedy, Game Over, Man! also for Netflix. He was a co-creator, writer, and star of the comedic series, Workaholics, as well.

Producing will be Dan Farah (Ready Player One) and Peter Billingsley, who directed Vaughn in both Couples Retreat and Term Life. Billinglsey has been a longtime collaborator with both Vaughn and Jon Favreau, co-producing their 2001 film, Made. He also executive produced Iron Man, which Favreau directed. And, we should remind you, Billingsley will be seen round-the-clock on TBS in just sixty-four days as Ralphie in A Christmas Story.

It’s been some time since we’ve been treated to a strong buddy adventure comedy. What made City Slickers work so well was that its characters were not caricatures—not even Daniel Stern! Real people, who are naturally funny, in harrowing circumstances, makes for a richer viewer experience. So, if you’re going to cite a film like that one as an inspiration, hopefully it’s for the right reasons.