Sanjay Leela Bhansali has been in the news this past year for his upcoming ambitious project, Inshallah, which did not go as planned. However, he has announced Gangubai Kathiawadi starring Alia Bhatt which is slated to release on September 11, 2020. The project is really special for the director-actor duo since this is the first time they are working together.

Alia Bhatt had even expressed her joy and said that it was a dream come true for her to star in a Sanjay Leela Bhansali film. The man is known to make magnum opus films and has been making us fall in love with his films for a few decades. With Gangubai Kathiawadi already in the pipeline, Sanjay Leela Bhansali has already set his eyes on his next project. The director will make a film titled Baiju Bawra, a revenge story of a maverick maestro. Baiju Bawra is being said to be one of his most ambitious projects to date and is slated to release on Diwali 2021. 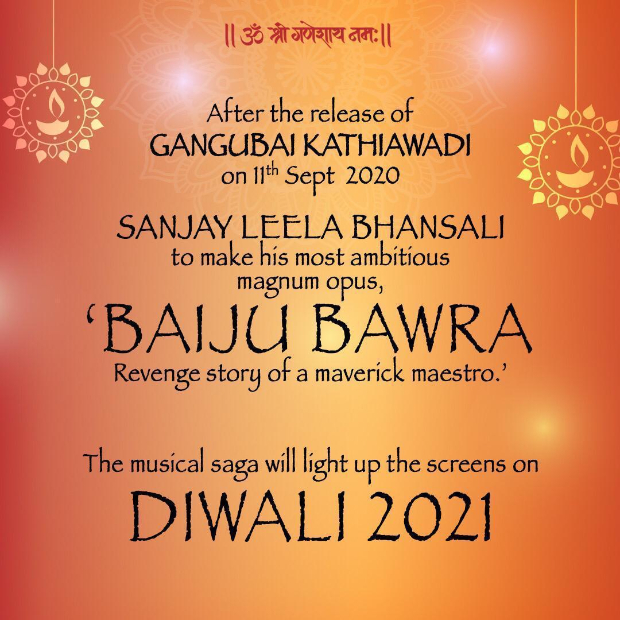 This is surely something to look forward to.
via Bollywood Hungama