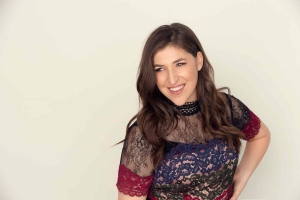 Among the many new project announcements coming out of AFM this year, some undoubtedly sound more promising than others, and As Sick As They Made Us is one of the more intriguing ones. The comedy-drama, as reported by Deadline, will be the directorial debut of Mayim Bialik, who also wrote the script. If that name doesn’t ring a bell, Bialik played the lead in Blossom as a teen, and Sheldon Cooper’s love interest, Amy Farrah Fowler in The Big Bang Theory. Curiously enough, the real life Bialik holds a PhD in neuroscience and has published four books. We’ll see if those smarts translate to storytelling prowess.

According to the report, the film revolves around a divorced mother of two who finds new love, despite her wildly dysfunctional family’s presence in her life. She then must persuade them to remain sane long enough for a final farewell.

That may not be entirely clear, but throwing Hoffman into the mix as the assumed patriarch of a family tainted with some form of defectiveness may be worth the price of admission.

Clay Epstein’s Film Mode Entertainment is currently shopping As Sick As They Made Us at AFM. Joining him in producing are Anne Clements (The Oath) and Ash Christian (Little Sister).

Said Epstein of the project:

“We can’t wait to see this stellar cast bring such lovable and interesting characters to life. It’s evident that these amazing actors share our love of the materials and we are thrilled to see Mayim’s vision become a reality.”

As with any movie news from AFM, it’s just that—news—until funding comes together and the cameras start rolling. Bigger names have been attached to bigger movies that never got made. Between The Big Bang Theory’s mass appeal, and the presence of Hoffman, this one may have enough clout to move forward.