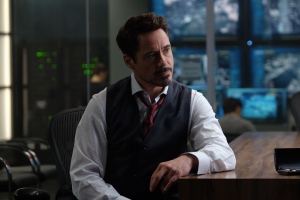 It appears that Robert Downey Jr. will be in the Oscar race this year after all, at least technically. When Disney unveiled its “For Your Consideration” submissions for its 2019 films, Avengers: Endgame had one curious absence: there were no actors being pushed in any categories. It was later revealed that Downey himself requested not to be campaigned in the category, but it still seemed a bit odd given that this movie was positioned as Downey’s big sendoff after the actor helped jumpstart the MCU to begin with. If anyone deserved an awards push, it was him.

It’s worth noting that some of these picks are, honestly, not incredibly serious. Most awards campaigns do the same thing, so as not to anger the persons or agents of persons who don’t get pushed while their co-stars do, regardless of screentime or performance quality. I don’t think anyone at Disney seriously thinks Brie Larson has a shot at a Best Supporting Actress nomination for like 5 minutes of screentime and 4 lines in Avengers: Endgame.

I am interested to see how/if the Academy responds to the film as a whole. Historically, the highest grossing movie of the year is a Best Picture contender (see: Avatar, Titanic, E.T.), but then again we only just got our first superhero Best Picture nominee last year, so there’s not a ton of love for these movies in the Academy. But who knows. Maybe Robert Downey Jr. really does make it into the Best Supporting Actor category as an acknowledgment of his decade of service to making the MCU what it is today. It’s certainly deserving in my book.

For those interested, here are the other categories in which Disney is pushing Avengers: Endgame: