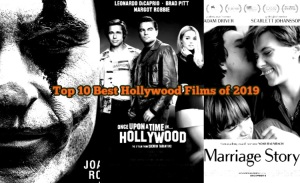 In just a few days, the year will end, a year which has given a bounty of excellent dramas, a few epic sci fi, and massive superhero blockbusters, there’s been something for everyone at the theater – and, also, on the various streaming services that now compete for audience’s attention. Considering the amount of good films released this year, I found it incredibly hard to narrow them down just to ten. Nevertheless, based on my opinion, here are some of the best films big old Hollywood churned out this year, irrespective of their financial success: