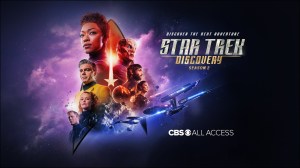 When you fire up the streaming service CBS All Access later this year, it might look very different—it might even have a different name. ViacomCBS CEO Bob Bakish confirmed on an earnings call on Thursday that the streaming service will undergo a rebranding as it expands to include more of the parent company’s cable brands and library programming, with a relaunch planned for later this year. That could include the incorporation of content from networks like Nickelodeon, MTV, BET, Comedy Central, and Showtime.

This could mean the end of the road for some existing CBS All Access originals as the streaming service began as a close tie-in to broadcast network CBS, but one imagines the Star Trek franchise—which includes Star Trek: Discovery, Picard, and a number of in-development spinoff series—will remain as it’s been successful thus far.

This summer, the user interface of CBS All Access will undergo an overhaul, and as of Thursday 100 films from Paramount Pictures were added to the library of content that subscribers can watch, ranging from The Godfather trilogy to Patriot Games to Pretty in Pink to films in the Star Trek franchise.

This is all probably the right move for CBS All Access, as the streaming service has been fairly niche since its initial launch in 2014. Shows like Strange Angel or Why Women Kill failed to make much of a cultural impact, and even the reboot of The Twilight Zone felt like it fell a bit flat. Branding is certainly one reason, so no doubt Viacom hopes that by renaming and relaunching CBS All Access as a broader-focused streaming service, more people will be convinced to subscribe.