Ahead of its series premiere later this month, Netflix has released a fun batch of character posters for their upcoming comedy series Space Force, which was created by Academy Award-nominee Steve Carell (The Office; The 40-Year-Old Virgin; Little Miss Sunshine) and 5x Primetime Emmy Award-winner Greg Daniels (The Office; Parks and Recreation; Upload).

The show will tell an original story of four-star general Mark R. Naird (Steve Carell), who, instead of getting the promotion he was hoping for, finds himself tasked with leading the newly formed sixth brand of the U.S. Armed Forces: Space Force.

While unquestionably disappointed, he’ll take the job seriously, moving with his wife (Lisa Kudrow) and daughter (Diana Silvers) to a remote base in Colorado where he, along with a colorful team of scientists and self-proclaimed “Spacemen,” will follow the White House’s direct orders to get American boots back on the moon as soon as possible, regaining total space dominance in the process.

The series will premiere, with its ten-episode first season, on Friday, May 29. 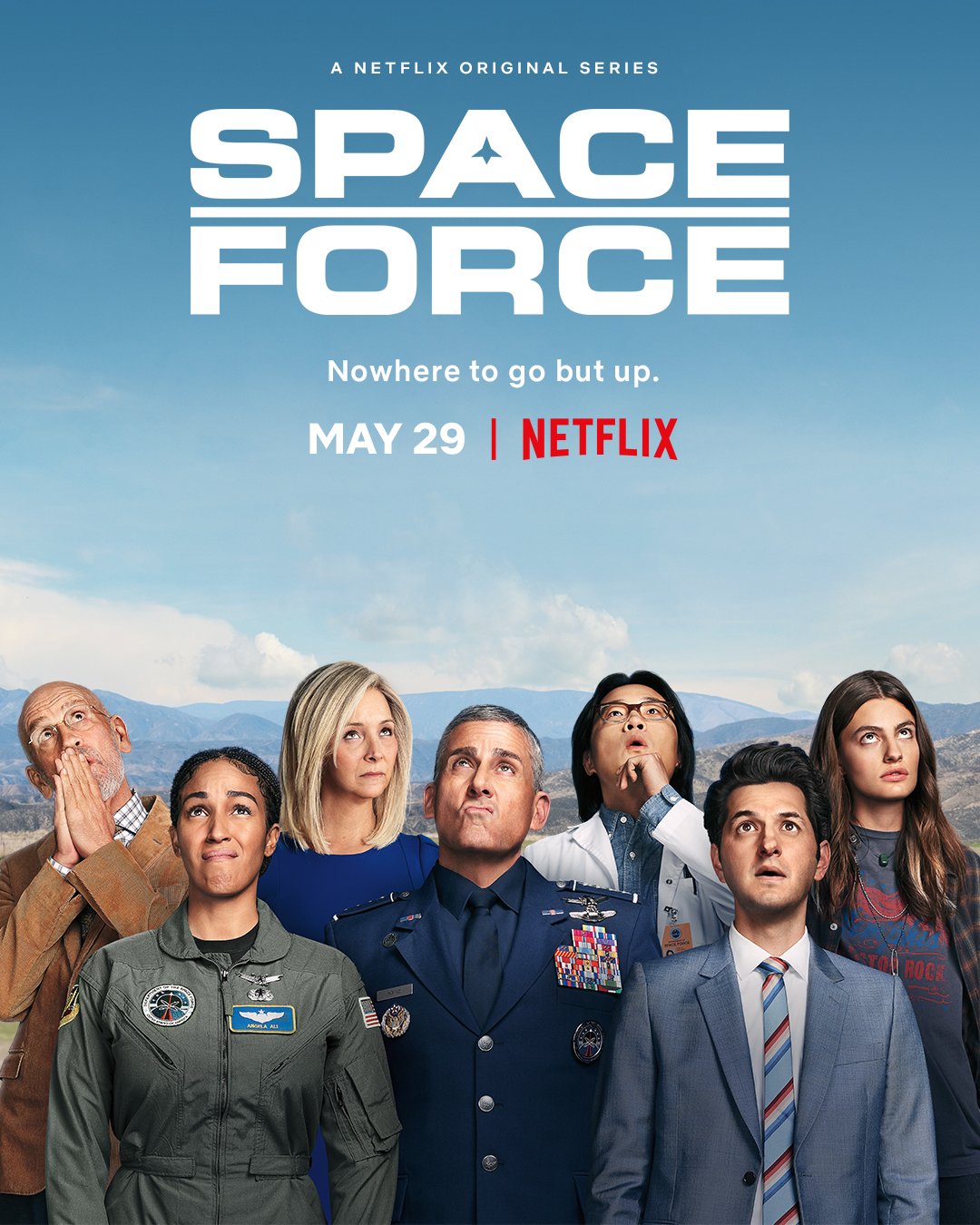 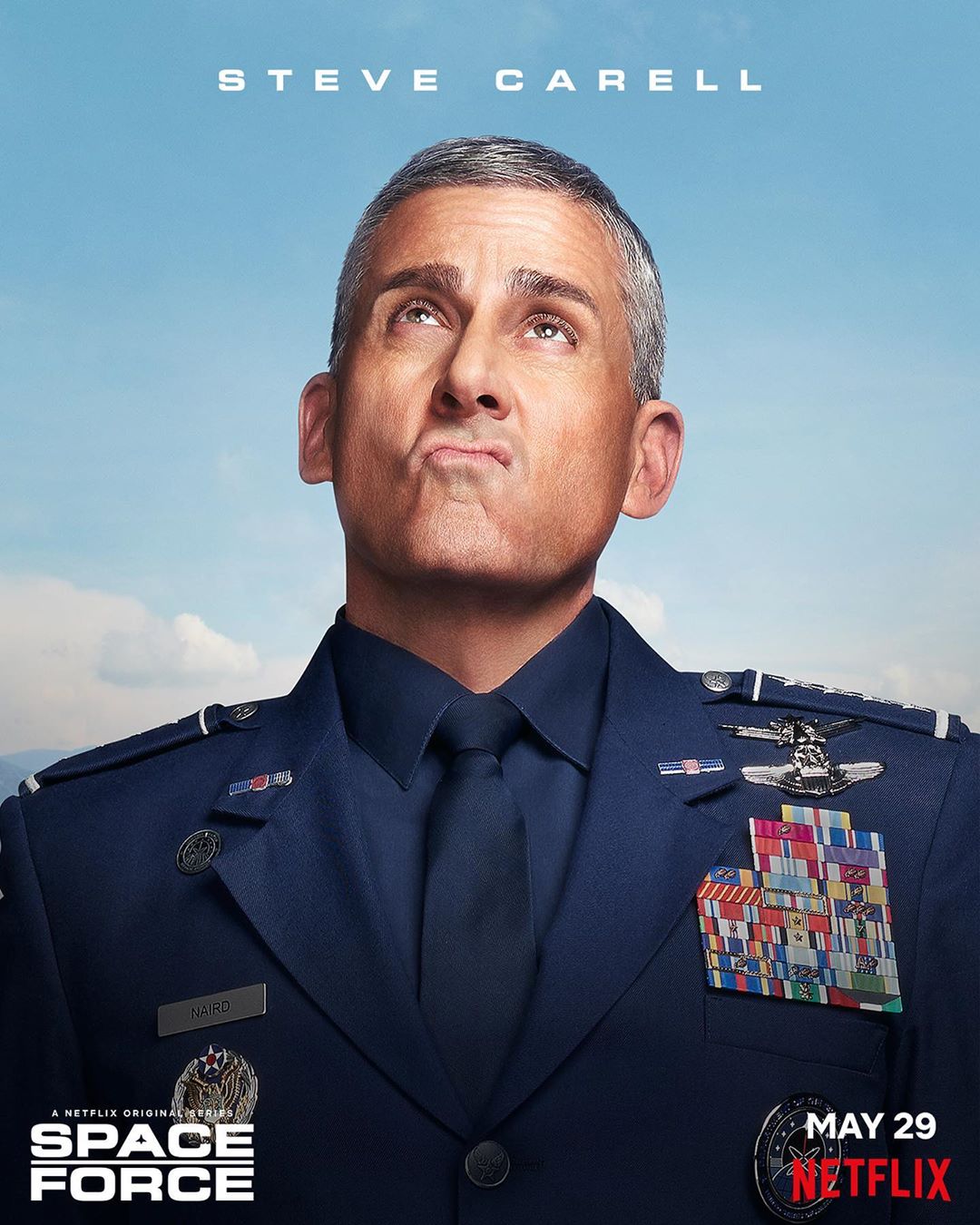 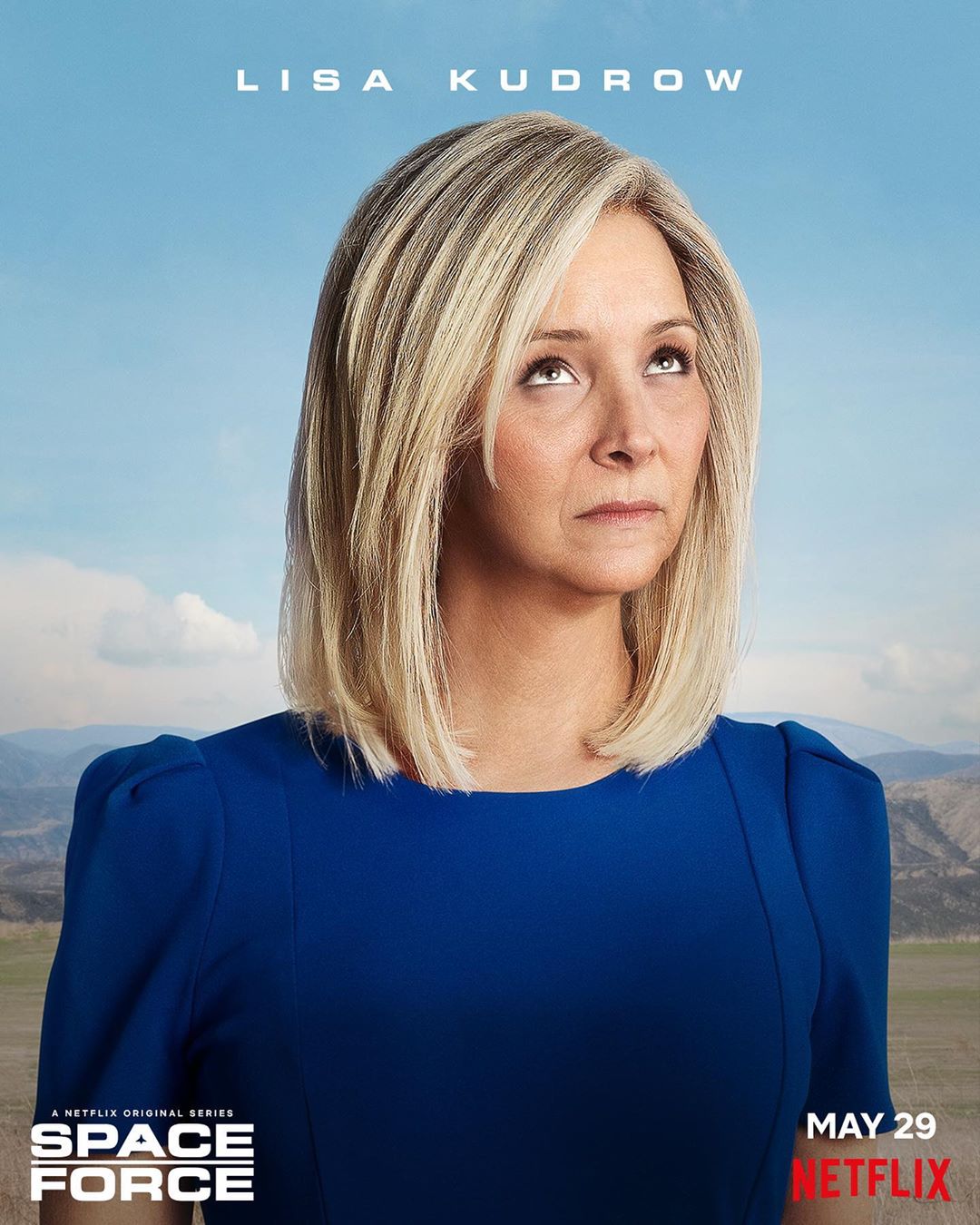 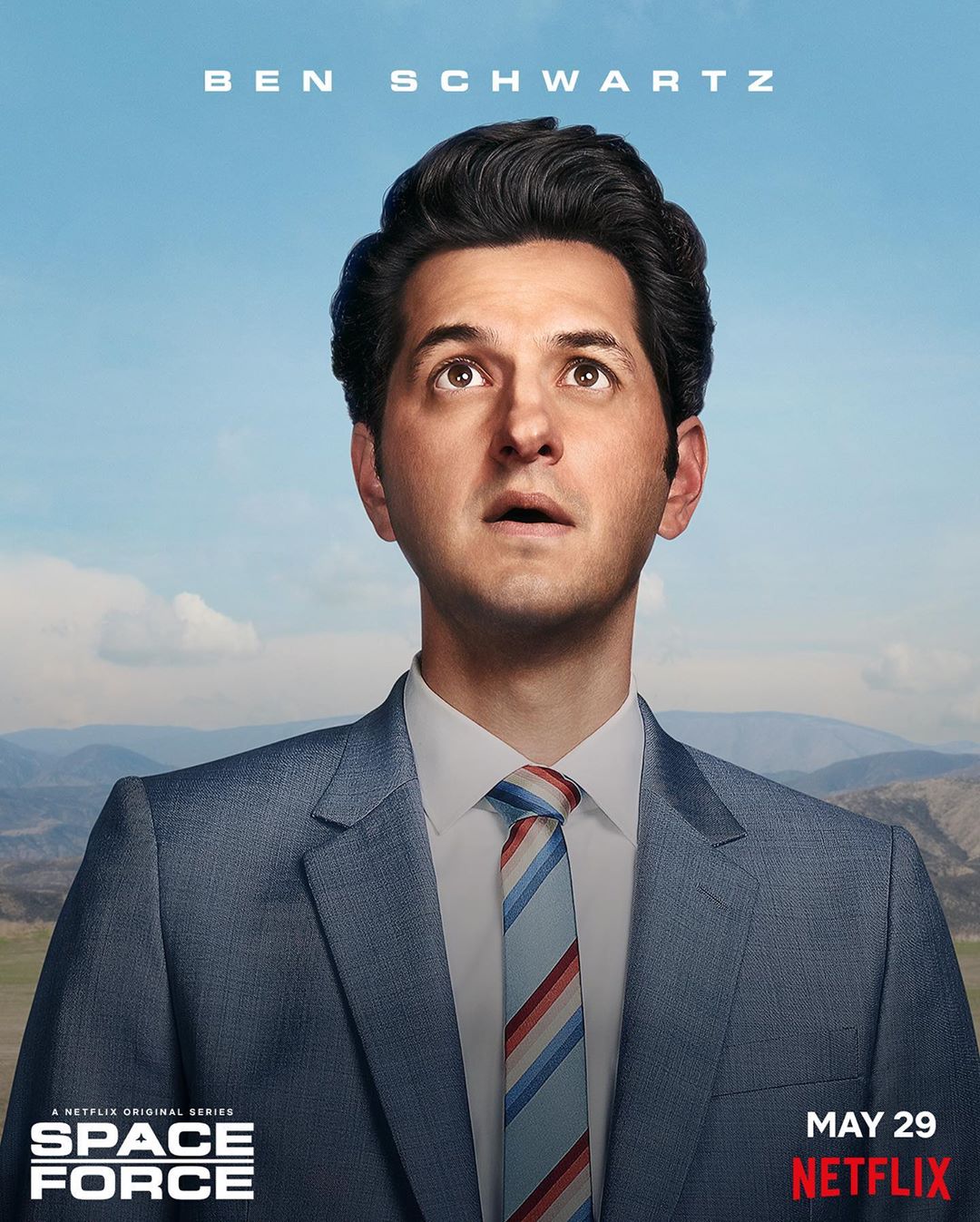 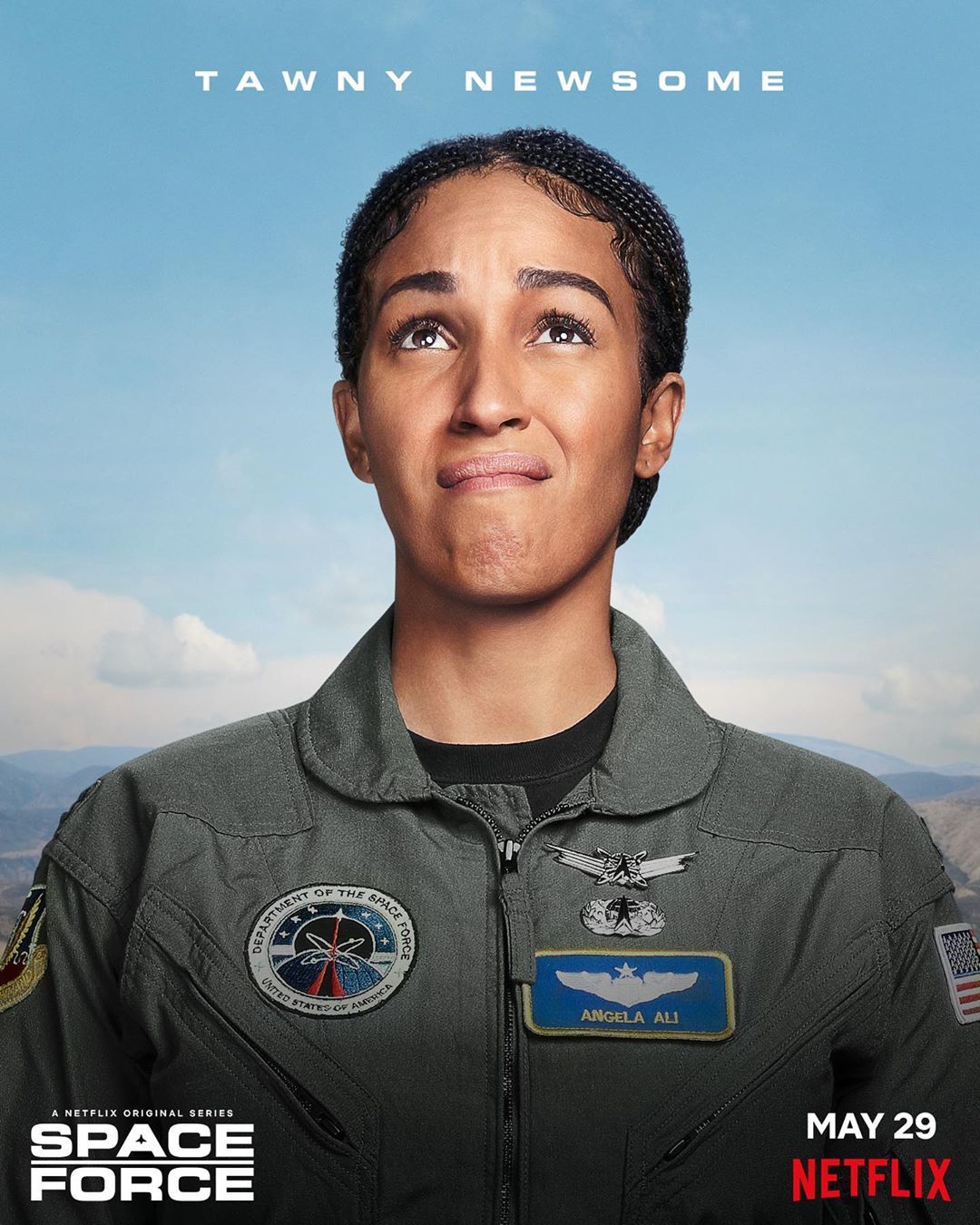 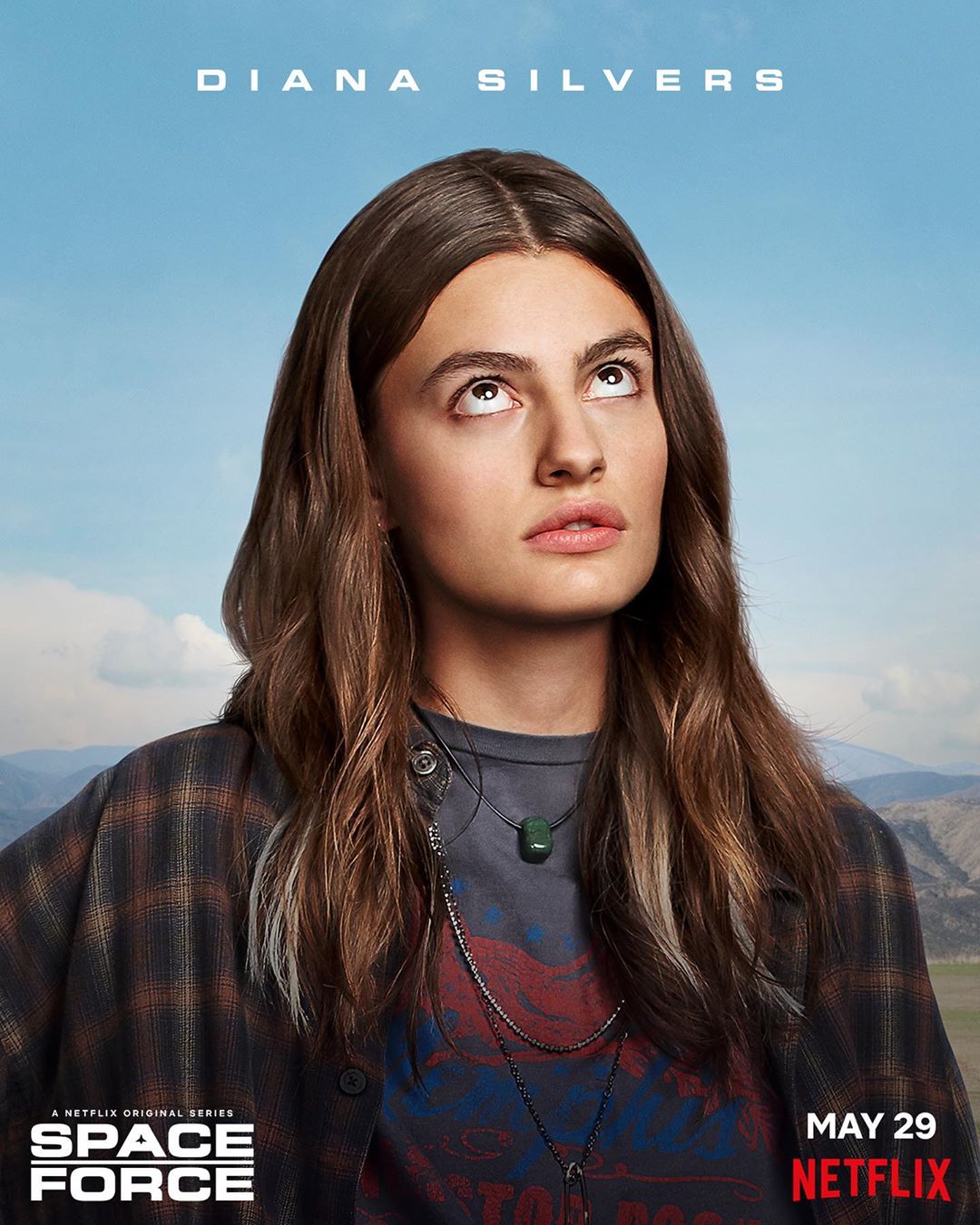 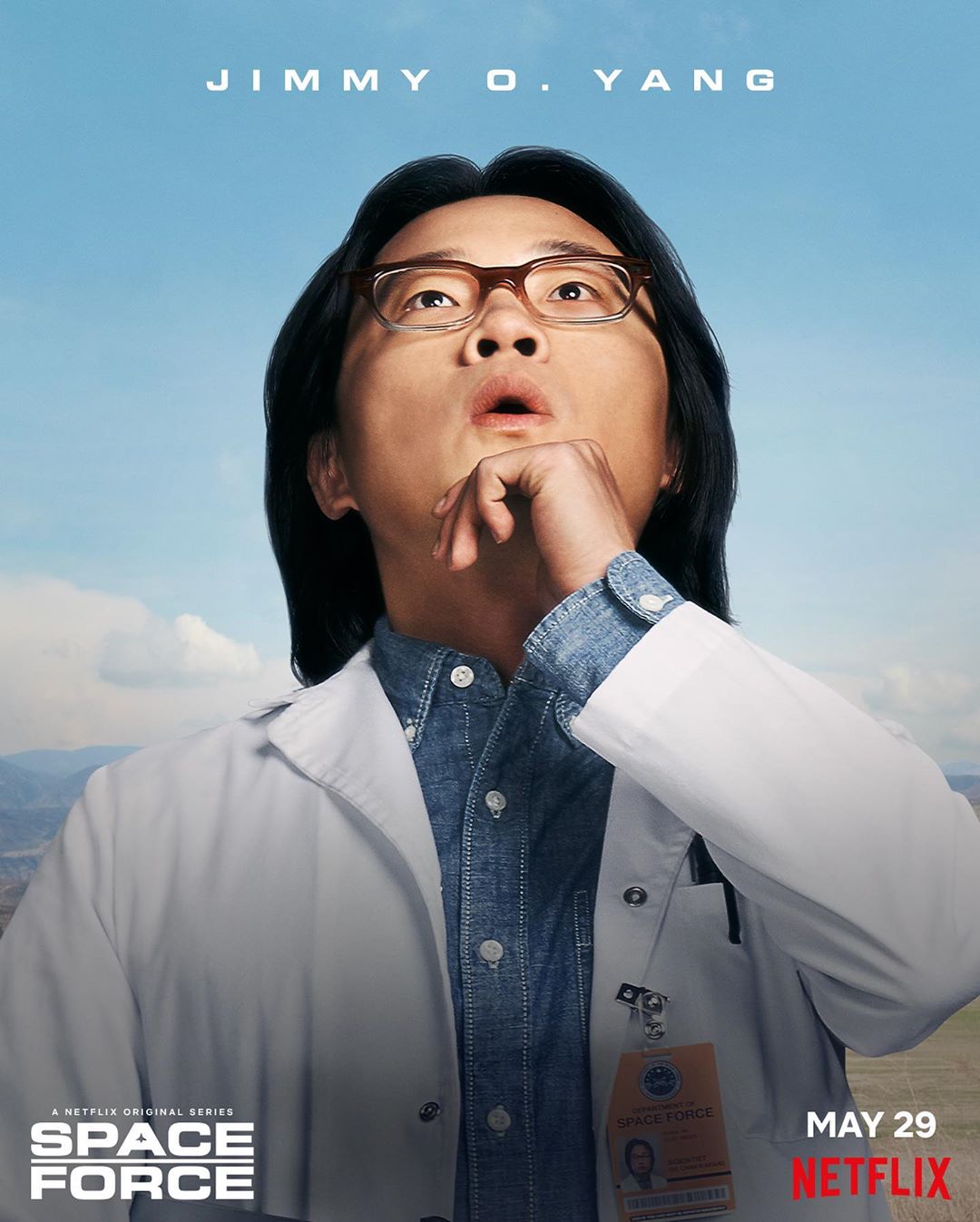 A decorated pilot with dreams of running the Air Force, four-star general Mark R. Naird (Steve Carell) is thrown for a loop when he finds himself tapped to lead the newly formed sixth branch of the US Armed Forces: Space Force. Skeptical but dedicated, Mark uproots his family and moves to a remote base in Colorado where he and a colorful team of scientists and “Spacemen” are tasked by the White House with getting American boots on the moon (again) in a hurry and achieving total space dominance. From co-creators Carell and Greg Daniels (The Office), SPACE FORCE is a new kind of workplace comedy, where the stakes are sky high and the ambitions even higher. John Malkovich, Diana Silvers, Tawny Newsome, Ben Schwartz also star, alongside co-stars Lisa Kudrow, Jimmy O. Yang, Noah Emmerich, Alex Sparrow and Don Lake. Howard Klein/3Arts (The Office) serves as executive producer, with Daniels as showrunner.