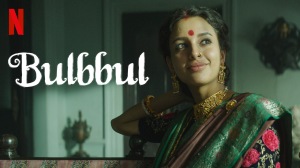 Synopsis – A man returns home after years to find his brother’s child bride now grown up and abandoned, and his ancestral village plagued by mysterious deaths.

My Take – There is no doubt about the fact that among the host of actors/actresses donning the producer’s hat currently, the very talented Anushka Sharma is absolutely killing it.

Ever since her debut 2015 production, NH10, a feminist bloody crime thriller, Anushka and her brother Karnesh, have shown a knack of backing projects with a distinct tone, a tone easily evident in her follow up features like the friendly ghost romantic comedy Phillauri (2017) and the fantasy supernatural horror Pari (2018), and to a greater extend in the recently released excellent Amazon Prime socio-political crime series Paatal Lok. Hence, it was exciting to know she would be bringing a certain necessary range to Netflix, a streaming giant in all regards, yet desperate in need to find success in the Indian content department.

By repairing Avinash Tiwari and Tripti Dimri, the leads of the very underrated achingly romantic and painfully tragic 2018 film, Laila Majnu, albeit in an awkward brother in law and sister in law equation, here, Anushka Sharma‘s latest interest in the paranormal once again ends up yielding compelling results.

Helmed by accomplished lyricist, screenplay and dialogue writer, Anvita Dutt, who marks her debut as a director, the film combines superstition, mythology and history, fantasy, folktale, feminism and fable, to deliver a story drenched in a deep sadness and the blood of women across centuries who have suffered and fought battles so that the current generation could enjoy the freedoms that they could not, all the while provoking to stand up against the cruelty that still survives.

To be honest, the film, in contrary to its cryptic official trailer, has a palatable story-line, with its mystery being banally predictable from the get-go, however, what turns the film towards the winning tide is its poignant message, excellent cast, some memorable moments, and the outstanding technicalities ranging from its setting, costume, cinematography and VFX, a rarity from Indian film standards. 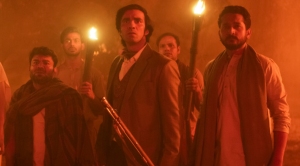 Set in 1881 in Bengal province, the story follows Bulbbul (Tripti Dimri), the young and lonely wife of a respected, powerful but at least two decades older landowner Indranil (Rahul Bose), who has found herself stuck in a palatial house and a loveless marriage since the age of five. While the house also is inhabits the Indranil’s mentally challenged twin brother Mahendra (Rahul Bose), and his wife Binodini (Paoli Dam), Bulbbul always found company in her closer to age brother-in-law, Satya (Avinash Tiwary), whom she adores exponentially.

However now five years have passed since Satya left for London to study law, leaving her behind, and now that he has returned, everything has changed. Indranil has walked away from his marriage and moved to Calcutta, Mahendra is dead, and Binodini lives in a widow shelter. Most importantly the entire household and village looks up to Bulbbul for she alone handles all their day to day affairs and decisions.

But what places Satya in the most discomfort is her friendship with Dr. Sudip (Parambrata Chatterjee), a regular visitor of the mansion, irrespective of the hours. Making matters even stranger for Satya, the village at large believes that a witch is haunting the forest nearby, and along with killing Mahindra, is also responsible for multiple other murders. However, Satya is not convinced that the fantasy tales he used to tell as a child can be real, and instead believes a human being possibly a man is behind everything and sets out to hunt him down.

On surface the film once again combines the main factors what made Anushka’s last production venture, Pari, stand out, namely, folklore and feminism, but as you scratch the surface, it bleeds of revenge, and ultimately, justice. Here, director Anvita Dutt cleverly uses the fairy tale trope here to trap the audience, while wholly predictable, the unfolding is such, it is hard not to be mesmerized. Especially as the witch here fits the physical description of the furious female spook provided by Indian folklore – being eternally beautiful, possessing long hair and with both feet twisted backwards.

But given a heartbreaking twist like Maleficent, the witch here is not summoned to provide scares, but instead to take on patriarchy, in a sense. For example, in a poignant scene, following a trauma Bulbbul undergoes, Binodini pacifies her by telling her what she was told to do when faced with a similar dilemma. 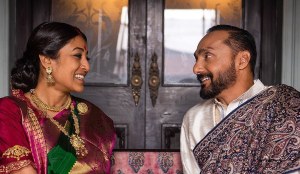 It’s a striking scene where we see the perpetrator as also a victim and realize there are no clear distinctions. Which points to the fact that, while the film may be set in the late 19th century, but a lot of things shown reinstate the condition of women to date. And despite the heaviness of the underlining subject, the film surprisingly remains unhampered by overly-dramatic dialogues or crass sound effects.

This comes as a pleasant surprise, because the absence of drama contradicts the grandeur and largesse of Siddharth Diwan’s cinematography, which is hands-down the highlight of the film. The red moonlight and everything it drenched, from the Thakur manor to the forest, is captured in a manner so rich and disturbing that it could have invoked anxiety even without mention of the witch. The shadow play, Amit Trivedi’s foreboding music and the excellent VFX, just add on to the eerie ambience.

However, like I mentioned above, contrary to expectation, what with the cryptic trailer and all, the film’s mystery was banally predictable from the get-go. We know what is to follow, there are hardly any surprises in store and the narrative remains devoid of exciting plot twists. Also since the film categorically belongs to the horror genre, the film does contain its fair share of spook, but strangely enough, it is of the kind that never once chills the bone.

Performance wise, Tripti Dimri as the title character lives up to the promise she showed in her debut, Laila-Majnu, and is equally matched by Paoli Dam (Hate Story), who too delivers a deliberate measured performance to portray a woman who has surrendered to the rules and regulations of the world she lives in, unwittingly becoming a vehicle of the same. Parambrata Chatterjee, following is superb act in both Pari and Kahaani, continues to own the space when the camera is on him.

Though Avinash Tiwary is slightly overshadowed by the other actors, he does manage to leave a lasting impression. While Rahul Bose, even with relatively short screen time, trumps you with his screen presence. On the whole, ‘Bulbbul’ is a mesmerizing, intriguing yet formulaic horror tale which makes a brave commentary on patriarchy. 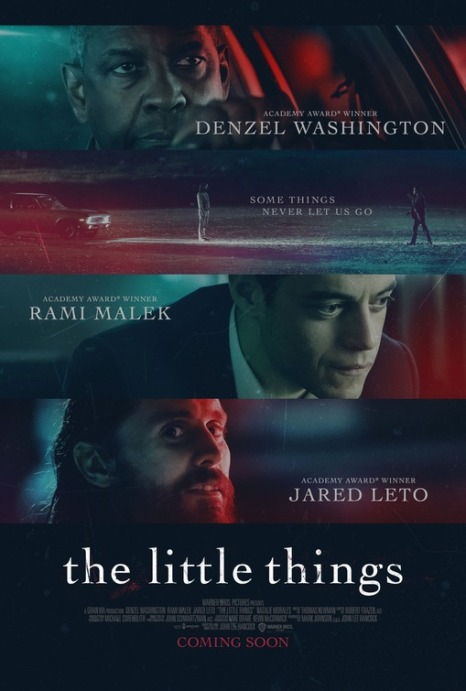