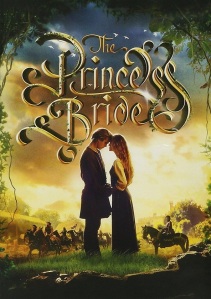 Quibi is doing everything in its power to make sure you don’t terminate your relationship with them after that 90-day free trial ends. On Friday, it was announced the nascent streamer would be home to a (quick bite-sized) remake of 1987’s The Princess Bride. This Princess Bride update is directed by Jason Reitman and features one of the most stacked casts in recent memory.

Vanity Fair broke the news on Friday of the forthcoming, A-list Princess Bride remake from Reitman, a director known for organizing many a celeb-filled staged live reads of popular movies. Reitman came up with the idea to remake The Princess Bride back in March, per VF, and apparently had no problem getting other celebs on board to help star in the remake. As he told the magazine, “I just thought, ‘Can we remake an entire movie at home?’ […] I just started reaching out to actors I knew, saying, ‘Is this something you’d want to do?’ And the response was kind of immediate and fast. It was like, ‘Oh—that sounds like fun.’”

Actors filmed their Princess Bride performances from home using their phones and whatever costumes and props they had around the house. Reitman also sought real-life couples to help out with the romantic parts, so fans will be treated to celebs duos including Sam Rockwell and Leslie Bibb who will put their chemistry to good use as Westley and Buttercup. Seeing the choices made for costuming, props, and performance locations is also just a thing of beauty — and you can get a preview of it thanks to VF. A batch of clips was released on Friday, too, previewing the results of this fun, at-home remake of Princess Bride. Clips include performances turned in by cast members Sophie Turner, Joe Jonas, Jack Black, and Diego Luna.

Escaping the Fire Swamp: @JoeJonas as Buttercup and Sophie Turner as The Man in Black — and their corgi as an ROUS (Rodent of Unusual Size)

#ThePrincessBride: @JackBlack as Westley (a.k.a The Man in Black) and @diegoluna_ as Inigo Montoya.

Reitman’s Princess Bride remake for Quibi will benefit World Central Kitchen, which has been helping thousands of restaurants stay afloat during the quarantine by paying them to provide millions of meals to the needy. The cast is epic and includes: Hugh Jackman, Josh Gad, Sophie Turner, Tiffany Haddish, Keegan Michael Key, David Oyelowo, Jennifer Garner, Taika Waititi, Patton Oswalt, Neil Patrick Harris, and Andy Serkis. This is nowhere near the complete cast list, with some names being held back for full surprise value and others held back back I don’t want to bore you by listing off a ton of names. If you haven’t already canceled your Quibi ‘scrip, this Princess Bride remake sounds like a ton of fun and very much worth tuning in for in the coming weeks.

The Princess Bride remake will be released on Quibi beginning Monday, June 29.