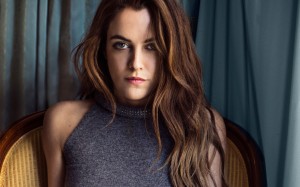 The Guilty takes place over the course of a single morning in a 911 dispatch call center. Call operator Joe Bayler (Gyllenhaal) tries to save a caller in grave danger, but he soon discovers that nothing is as it seems, and facing the truth is the only way out.

Antoine Fuqua is directing from a script by Nic Pizzolatto (True Detective) that is based on Gustav Moller‘s 2018 Danish drama of the same name. Not only does The Guilty serve as a reunion between Fuqua and his Southpaw star Gyllenhaal, but it reunites the actor with his Prisoners co-star Dano.

Pizzolatto and Moller will executive produce alongside Annie Marter, Lina Flint, Christian Mercuri, Jon Oakes, Justin Bursch and Eric Greenfeld. With Netflix announcing the full cast on Friday, I think it’s safe to assume that production is about to get under way, if it hasn’t started already.

What’s interesting about this news is the fact that Fuqua is clearly opening up the story, as the original Danish film featured a fairly small ensemble. Not only is this a much larger cast, but it happens to be pretty stacked. I mean, you don’t hire actors of this caliber to say one line and have them disappear. Dano, Sarsgaard and Hawke are all legitimate movie stars, while I’m a huge fan Knapp and Martinez, two character actors who couldn’t be more different. To be honest, I didn’t love The Guilty when I saw it at Sundance two years ago, but I am more excited than ever for this remake thanks to the gifted ensemble Gyllenhaal has surrounded himself with here.