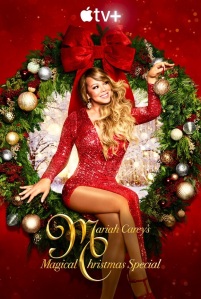 Now that Thanksgiving is a wrap, Mariah Carey and Apple TV+ are readying the Christmas cheer.

The special will be accompanied by a companion soundtrack full of Carey‘s holiday hits and new interpretations, available exclusively on Apple Music on Dec. 4, and all other platforms on Dec. 11. The soundtrack single and music video for “Oh Santa!,” co-written by and featuring Carey performing with Grande and Hudson, will be distributed by Sony Music and released on Apple Music and other streaming platforms also on Dec. 4.

The special drops on Apple TV+ on Dec. 4.