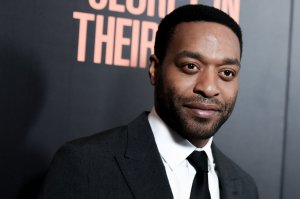 The Paramount+ adaptation of The Man Who Fell to Earth has found its man, who fell to Earth. Oscar-nominee Chiwetel Ejiofor will portray the lead alien character, in a series based on Walter Tevis‘ sci-fi novel of the same name. Ejiofor will be the second actor to lead a Man Who Fell to Earth adaptation, following David Bowie‘s iconic performance as an out-of-place extraterrestrial in the 1976 feature film directed by Alan Roeg.

Alex Kurtzman (Star Trek: Picard) and Jenny Lumet (The Mummy) serve as co-showrunners and executive producers on the Paramount+ series.

“Chiwetel Ejiofor’s stage and film career are staggering in their bravery, commitment and quality,” Kurtzman and Lumet said in a statement. “He’s everything we could imagine and a million things we can’t. We couldn’t be more thrilled.”

Ejiofor was last seen in HBO Max‘s quarantine drama Locked Down, which is very bad, but fortunately for all involved with The Man Who Fell to Earth, the actor/director/writer is more often than not very good. He landed an Oscar nomination in 2012 for a lead role in Steve McQueen‘s 12 Years a Slave, the most recognized performance of a pretty varied resume that also includes The Martian, Children of Men, Doctor Strange, and American Gangster. In 2019, Ejiofor wrote, directed, and starred in the Netflix drama The Boy Who Harnessed the Wind.

The actor won’t be playing the same exact character as Bowie, as Paramount+ revealed its adaptation would follow “a new alien character who arrives on Earth at a turning point in human evolution and must confront his own past to determine our future.”