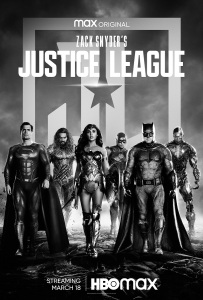 The Snyder Cut is here at last, and the four-hour Zack Snyder’s Justice League is indeed an epic in every sense of the word. Not only is this new version of Justice League substantially different from the theatrical version that was released in 2017, but it also has some major teases for future movies that are unlikely to happen. So fans would be forgiven for wondering if the setup in Zack Snyder’s Justice League – specifically as it relates to Darkseid – will ever pay off, and new comments from director Zack Snyder appear to throw water on the notion that anything in The Snyder Cut will have ramifications in the DC Universe going forward.

In a new interview with Deadline, Snyder says that when he started the process of finishing his cut of Justice League for release on HBO Max, Warner Bros. made clear that the 2017 theatrical cut of the movie would remain canon for DC Films and not The Snyder Cut:

“Warner Bros told me when I started this process that they consider the theatrical cut as canon to their DC Universe that they want to build out and that my version will always be like this outworld non-canon version. I’m like, fine, you know, it’s your IP, it’s your universe, of course, that’s your decision. At the time we made the movie, when the story was written and sort of developed, the plan was to make two more Justice League movies while these other solo films were spinning out.”

But the notion that Zack Snyder’s Justice League is not canon also has ramifications for other DC movies. Ben Affleck is bowing out as Batman, but future solo films for Aquaman, Wonder Woman, and The Flash are in the works, with The Flash movie finally gearing up to start filming in April. So when those films finally see the light of day, they’ll be building on their characters’ experiences in the theatrical cut of Justice League, not what they went through in Zack Snyder’s Justice League.

The Flash will introduce the idea of the multiverse, so it’s possible that multiverse idea could make Zack Snyder’s Justice League canon – just in a different universe – but that film feels like more of a reset for DC than something that’s building on what came before.

As for those holding out hope that Zack Snyder’s DC universe plans could still happen, never say never but Snyder tells Deadline he has not been contacted by Warner Bros. and he’s pretty fine with it:

“To be honest, you know, Warner Bros. hasn’t really expressed any interest in making more movies with me, and that’s 100% fine. I understand… I don’t really have like a burning desire to make another comic book movie, I’ll say.”

In the near future, Snyder releases his Netflix zombie movie Army of the Dead in April, and he hopes to start filming a very different new movie called Horse Latitudes this summer.