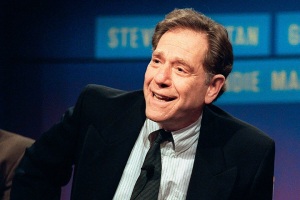 George Segal, the Oscar-nominated actor and beloved star of the sitcoms Just Shoot Me! and The Goldbergs, died on Tuesday at the age of 87 following complications from bypass surgery.

Segal was born on Feb. 13, 1934 in Great Neck, NY and he did a stint in the military before becoming an actor in the early ’60s. His first movie role came in 1961’s The Young Doctors with Ben Gazzara, but it wasn’t until 1965 that he had his first major breakout role in King Rat, followed by Stanley Kramer‘s acclaimed drama Ship of Fools.

Segal would soon earn an Oscar nomination for his supporting turn alongside Elizabeth Taylor, Richard Burton and Sandy Dennis in Mike Nichols‘ 1966 adaptation of Who’s Afraid of Virginia Woolf? The decade would also seem him play Biff and George, respectively, in the TV movie adaptations of Death of a Salesman and Of Mice and Men.

The actor then hit his stride in the ’70s, starring in Where’s Poppa?, The Owl and the Pussycat and Blume in Love, as well as Peter Yates‘ The Hot Rock (opposite Robert Redford) and Robert Altman‘s California Split, which paired him with Elliott Gould, with whom he shared a certain Jewish charm and intellect onscreen.

The ’80s saw Segal star in a series of TV movies as well as the ABC detective drama Murphy’s Law, and I was just a kid when I first laid eyes on Segal in Look Who’s Talking, in which he plays the sleazy biological father of Baby Mikey (Bruce Willis).

By the ’90s, Segal had come to be appreciated as a character actor, working with top directors on films such as To Die For (Gus Van Sant), Flirting with Disaster (David O. Russell), The Cable Guy (Ben Stiller) and The Mirror Has Two Faces (Barbra Streisand).

His career got a major boost with the 1997 launch of NBC‘s sitcom Just Shoot Me!, which saw him playing the owner and publisher of a fictional fashion magazine. The show surrounded Segal with a killer cast that included Laura San Giacomo, David Spade, Wendie Malick and Enrico Colantoni. The show ran for seven seasons and nearly 150 episodes and brought Segal a pair of Golden Globe nominations.

For the past eight years, Segal had been a series regular on ABC’s family comedy The Goldbergs, in which he played ‘Pops,’ the father of Wendi McLendon-Covey‘s character. His last episode is set to air on April 7, and the series is expected to pay tribute to Segal on-air.

Segal has a well-deserved star on the Hollywood Walk of Fame, and I hope they pay tribute to him at the Oscars next month, as he certainly merits inclusion in the In Memoriam part of the ceremony. I have been a loyal fan of The Goldbergs since its inception — it’s the only network sitcom I watch — and I’m going to miss his one-liners as Pops. My heart goes out to both his real family and his sitcom family, and I look forward to catching up on some of his ’70s gems that I missed, including the suspense movie Rollercoaster, which sounds like a fun one. R.I.P.