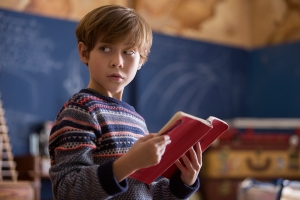 The reboot will follow a mild-mannered janitor at a health club who’s pushed out of a second-story window by bullies into a vat of toxic waste. The chemicals cause him to transform into a hideously deformed mutant gifted with superhuman size and strength. He must go from shunned outcast to underdog hero as he races to save his son, his friends and his community from the forces of corruption and greed.

Making his film debut as Blue in 2013’s “The Smurfs 2,” Tremblay quickly became one of Hollywood’s go-to young actors. He received a SAG nomination for his breakout performance in “Room,” which earned co-star Brie Larson an Academy Award for best actress. Tremblay also starred in “Wonder,” “The Book of Henry,” “Good Boys” and “Doctor Sleep.” He will voice the titular character in Pixar’s upcoming film “Luca,” as well as Flounder in Disney’s live-action adaptation of “The Little Mermaid.”

Legendary Entertainment acquired the rights to the “Toxic Avenger” franchise in 2018 and announced that a new film was in development. The studio brought on producers Lloyd Kaufman and Michael Herz of Troma Entertainment, who both produced the original 1984 comedy. Macon Blair, who made his directorial debut in 2017 with the Netflix comedy “I Don’t Feel at Home in This World Anymore,” was tapped to direct and write the reboot.