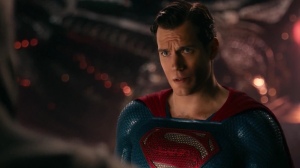 Henry Cavill has signed on to star in Sony‘s romantic comedy The Rosie Project, which was once developed as a starring vehicle for Jennifer Lawrence.

Stephen Falk will direct from a script by (500) Days of Summer scribes Scott Neustadter and Michael H. Weber, and Matt Tolmach (Jumanji: Welcome to the Jungle) is producing the film with Michael Costigan (Ghost in the Shell).

Cavill will play an unlucky-in-love university professor who creates an elaborate questionnaire in an effort to find a wife. When he meets an unconventional woman who doesn’t match any of his “requirements,” he’s surprised to discover that she just might be the perfect woman for him.

Numerous actors have flirted with The Rosie Project over the years, including both Ryan Reynolds and Jake Gyllenhaal, until eventually, an offer made its way to Cavill, who is hot right now following the back-to-back success of The Witcher and Enola Holmes on Netflix.

Keep in mind that Cavill is also attached to star in Lionsgate‘s Highlander reboot, so his schedule is jam-packed. We’ll just have to wait and see if he has the time to don Superman’s red cape once again in an upcoming DC movie, as has long been “rumored.” Wink, nudge!