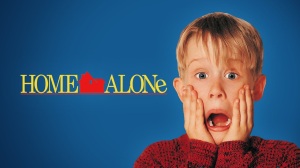 Disney+ has announced that 20th Century Studios’ Home Sweet Home Alone will debut exclusively on the streaming platform just in time for the holidays. The new chapter on the iconic franchise that pitches ingenious kids against home invaders will introduce a new protagonist almost a decade after the last installment’s release.

The first Home Alone was released in 1990, taking Macaulay Culkin to fame with his lead role of Kevin McCallister. After a successful sequel in 1992, the franchise replaced the child protagonist in a series of films that were poorly received. The fifth and last movie on the franchise, Home Alone: The Holiday Heist, was released straight to video in 2012. Home Sweet Home Alone is Disney’s opportunity to revive the popular franchise.

Home Sweet Home Alone will debut on Disney+ on November 12. Check out the official synopsis below:

Max Mercer is a mischievous and resourceful young boy who has been left behind while his family is in Japan for the holidays. So when a married couple attempting to retrieve a priceless heirloom set their sights on the Mercer family’s home, it is up to Max to protect it from the trespassers…and he will do whatever it takes to keep them out. Hilarious hijinks of epic proportions ensue, but despite the absolute chaos, Max comes to realize that there really is no place like home sweet home.