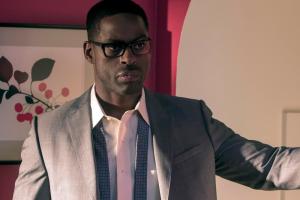 What happens when you team up two groundbreaking, award-nominated actors for a buddy comedy? It sure can be something promising, but Amazon will let us see it with our own eyes soon. The Hollywood Reporter has revealed exclusively that two-time Emmy winner Sterling K. Brown and Critics’ Choice Nominee Randall Park are set to work side by side in an action-comedy project for the streamer that is aiming for the buddy cop vibes of Eddie Murphy and Nick Nolte’s 48 Hrs.

As Park is most frequently seen in comedies and Brown in dramas, it’s not difficult to imagine who will deliver the slapstick and the deadpan portions of the upcoming project. On top of starring, both Park and Brown will also act as producers with their respective production companies, Imminent Collision and Indian Meadows.

The screenplay of the comedy will be written by Alex Tse, who recently created with RZA the Emmy-nominated TV series Wu-Tang: An American Saga for Hulu. Tse also co-wrote the screenplay for Zack Snyder’s 2009 version of Watchmen, as well as the short film spawned by it, Tales of the Black Freighter. As it is still early, no further details on the Park-Brown-Tse project have been disclosed by Amazon.

Brown gained worldwide prominence after starring on NBC’s hit series This is Us. He has been nominated for an Emmy in the Outstanding Lead Actor in a Drama Series five times for his role in the show. On top of that, Brown was also nominated for a handful of roles he played on other shows, like The Marvelous Ms. Maisel, American Crime Story, Brooklyn Nine-Nine, and Lincoln: Divided We Stand.

Park starred in six seasons of ABC’s comedy Fresh Off the Boat, which centers on the difficulties a Taiwanese family faces when moving to America in the 1990s. Recently, he stole the show in Disney+‘s WandaVision with his character, Agent Jimmy Woo, who was brought back to the Marvel Cinematic Universe after making his debut in 2018’s Ant-Man and the Wasp.

No title or release date has been confirmed for the new project, but you can expect to read about it right here at Collider.