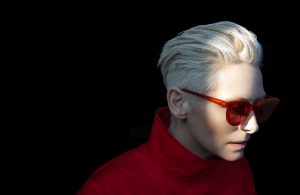 NEON is putting together a golden-age musical about the end of the world, and its cast is shaping up to be pretty stellar. The studio announced that Tilda Swinton, George Mackay, and Stephen Graham have been cast in The End, an off-the-wall project from director Joshua Oppenheimer which follows the lives of the last human family on the planet.

While no other details about the film’s plot have been released, production is expected to begin in 2022, with NEON securing the North American distribution rights to the film.

Oppenheimer is set to produce the picture with Signe Byrge Sørensen for Final Cut for Real, as well as Wild Atlantic Pictures and Match Factory Productions as co-producers, the latter of whom will handle international distribution for the film.

And while Mackay and Graham come off the high of prestigious, Oscar-nominated projects like 1917 and The Irishman, the apocalyptic project seems right up the usual alley for Swinton, whose newest upcoming projects include The French Dispatch from director Wes Anderson, with whom she has collaborated to play an heiress, an odd social services worker, and now a quirky journalist. She is also set to star in Apichatpong Weerasethakul’s Memoria, also set to be released by NEON.

Denmark’s Danish Film Institute and Germany’s Film-und Medienstiftung NRW are set to support The End’s production financially. No release date or other cast information has been announced.