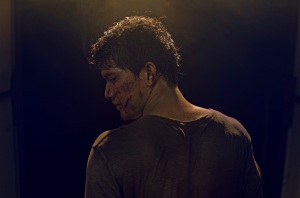 The Expendables 4 has finally found its villain. Deadline reports that The Raid star Iko Uwais has been cast in the menacing role for the fourth film in the iconic action franchise, alongside additional new stars Megan Fox, Jacob Scipio, Andy Garcia, and rapper Curtis “50 Cent” Jackson, as a “former military officer turned arms dealer with his own private army.” The news comes shortly after reports that star Sylvester Stallone has wrapped shooting on the fourth installment, officially saying goodbye to the series.

Also returning to The Expendables for a fourth round are Jason Statham, Dolph Lundgren, and Randy Couture. No details have been given about the film’s plot yet, but with a script from Spenser Cohen, Max Adams, and John Joseph Connolly, and direction by stuntman-turned-director Scott Waugh, the series is sure to send its titular stars out with a bang — possibly quite literally.

The Expendables 4 comes after a lengthy stint in development, the first new film in the action blockbuster franchise since 2014. Announced in August, the film is set to go bigger than ever, passing the baton from Stallone’s Barney Ross to Statham’s Lee Christmas, who is set to serve as the film’s protagonist, alongside Fox as his female counterpart. But Uwais should have no trouble fitting in the explosion-filled series, joining the cast as he comes off an appearance in this year’s Snake Eyes alongside Henry Golding, part of an equally intense action-adventure franchise.

Statham should have no problem leading the franchise, either, given his string of films with director Guy Ritchie — including the recently announced Operation Fortune with Aubrey Plaza, Josh Hartnett, and Hugh Grant. He is also set to produce the film alongside Kevin King Templeton, as well as Les Weldon, Yariv Lerner, Jeffrey Greenstein, and Jonathan Yunger.

No formal release date for The Expendables 4 has been announced.