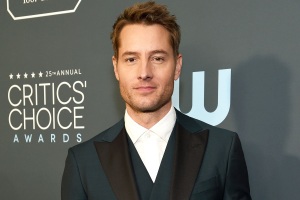 With the end of This Is Us on the horizon, star Justin Hartley has already been tapped to executive produce a new series over at ABC. Hartley will be teaming up with Manifest co-executive producer Jeannine Renshaw and director Nzingha Stewart (Maid, Little Fires Everywhere) for No Good Deed, a thriller from Disney‘s 20th Television. The Hollywood Reporter has announced that ABC has given a commitment to the script with a penalty to the project.

No Good Deed follows a good-natured botany professor with a dark secret who welcomes a troubled student into her home. A decision that proves to be a massive mistake as the student begins using her charm and devious wits to the unearth secrets of the professor’s vulnerable friends and family in a small mountain town and destroying lives along the way to getting closer to the professor.

This will be the second broadcast sale for Hartley and his production company ChangeUp, which has an overall deal at 20th TV. Hartley will be wearing two hats as he stars and executive produces The Never Game, based on a novel by Jeffrey Deaver. The Never Game will follow a survivalist (Hartley) as he roams the country as a “reward seeker” and uses his tracking skills to solve mysteries while dealing with his own fractured family. The series see Hartley reuniting with This Is Us director and executive producer Ken Olin.

Renshaw, whose series Manifest will also be taking a final bow on Netflix sometime in 2022, will be writing No Good Deed and will executive produce with Stewart.

Stewart is currently shooting Netflix‘s From Scratch, which she is also an EP. Recently, she sold her co-written script, Bad Ass Biker Chicks of Marrakech to Wayfarer for which she is also set to direct. As previously reported by Collider, Stewart will direct episodes of Shonda Rhimes‘ upcoming series, Inventing Anna.

There is currently no date for when production on No Good Deed will begin.