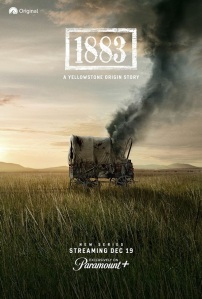 Fans of the hit TV show Yellowstone can expect even more Dutton family drama as Paramount has just released its first look at 1883, a prequel series that follows the Duttons as they make their way through the Great Plains and attempt to stake their claim in the wild landscape of Montana during a time of increased westward expansion.

Like Yellowstone, which has a star-studded cast including Kevin Costner, 1883 will feature a cast filled with accomplished actors, including Academy Award-nominated Sam Elliott, previously seen in the 2018 remake of A Star is Born, and Academy Award-winner Billy Bob Thornton. Also included in the cast are the iconic country musicians, and the first couple of Country, Faith Hill and Tim McGraw.

1883 will tell a similar story of grit, land conflict, and intrigue as Yellowstone. And the series will no doubt enrich our understanding of the Dutton family mythos. The trailer promises no shortage of frontier-style drama full of wagon trains, horseback adventures, and cannon-based warfare that have proven to be significant to the Western genre. Indeed, 1883 will bring the Western themes in Yellowstone to a new level. The newly released promotional poster, featuring an ominous, smoking wagon, certainly evokes a certain raw-hide, Oregon Trail kind of intrigue.

You can check out the thrilling new trailer below: