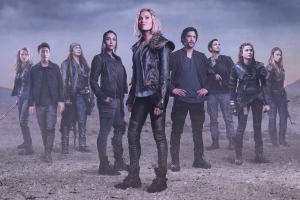 After a nearly two-year battle to get into production, the long-awaited spinoff of the cult classic The 100 is now officially dead. The CW announced on Friday that the spinoff will not move forward, at least not on their network.

The announcement caught fans by surprise as, just recently in May of this year, The CW president Mark Pedowitz said in a press call that the prequel to The 100 was still in discussions, according to ScreenRant. “There are still discussions going on – it is not done in any way, shape or form,” Pedowitz said.

Created by The 100 developer Jason Rothenberg, the now-dead series received a backdoor pilot in the seventh season of the series and was given the green light by CW execs in 2019, according to Deadline. The series was originally supposed to premiere in May 2020, but the COVID-19 pandemic shut down productions worldwide and pushed back the series’ release date.

It was then discussed by execs and Rothenberg to have a joint run on both The CW and HBO Max, which was the preferred path until the former finally gave the prequel the ax. The now-dead series was to be set 97 years before the events of The 100, in which a nuclear apocalypse devastated much of the Earth’s population. The series would have followed a group of survivors as they learned how to cope with the aftermath and create a new society on the ashes of the old one.

Iola Evans, Adian Bradley, and Leo Howard were all slated to star in the prequel (those three were the stars of the original backdoor pilot episode), but, according to Deadline, their options expired over a year and a half ago. It is currently unclear whether Rothenberg will shop the series to other networks, although it certainly is a possibility.