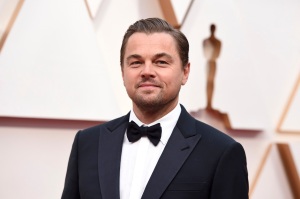 Leonardo DiCaprio is in final talks to star in the film Jim Jones, according to Deadline, If DiCaprio signs onto the project, he will portray the title character who was a 1970s religious cult leader who was behind the Jonestown mass suicide on November 18, 1978.

MGM has secured a deal for the project and the studio bought the Scott Rosenberg script for a reportedly seven-figure price tag. Rosenberg is best known for co-writing Venom and will also serve as an executive producer on Jim Jones. Rosenberg’s other writing credits include Gone in 60 Seconds, Con Air, Jumanji: Welcome to the Jungle, and its sequel, Jumanji: The Next Level. DiCaprio will produce the film with his Appian Way Company and Jennifer Davisson who will help bring to light this tragic event that took the lives of more than 900 people. Appian Way has helped release such modern classics as The Revenant, Shutter Island, The Aviator, and The Wolf of Wall Street.

The Oscar-winning actor has played a ton of challenging roles which include a drug-addicted stock broker, a left-for-dead frontiersman, and a struggling actor looking for any sign of validation, but this might be one of the toughest psychological roles DiCaprio has ever tackled. Jim Jones founded the Peoples Temple in Indianapolis in 1955 and, fully promoting Christian Socialism, rejected traditional Christianity while proclaiming that he was God. He built Jonestown in 1974 in Guyana and grew a following to live with him in this socialist paradise that was free from the oppression of the U.S. government.

The story from there only gets more insane as, after the U.S. government sent Representative Leo Ryan in November 1978 to the site due to reports of human rights abuse, Ryan and four other Jonestown defectors were gunned down by Jones’ followers. After that tragic event, Jones orchestrated a mass murder-suicide of his followers by drinking Flavor Acid laced with cyanide. This took the lives of 918 members which included 304 children.

If anyone can tap into the darkness of this horrific massacre it is probably DiCaprio who has made a career playing unstable characters. The Inception actor was last seen on the big screen in Quentin Tarantino’s Once Upon a Time in Hollywood and can next be seen in the Netflix Comedy Don’t Look Now directed by Adam McKay. DiCaprio himself has been nominated for seven Oscars before finally winning Best Actor in 2016 for his role in The Revenant.

There is no release date yet for Jim Jones.