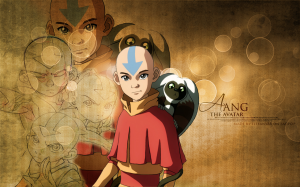 Grab a cup of tea, take out the Pai Sho board, and cry while listening to “Leaves From The Vine,” because Uncle Iroh is coming to Netflix‘s Avatar: The Last Airbender live-action remake, and, like with most of the cast so far, it’s a perfect choice.

The streamer has announced that production is officially underway for the remake of the beloved and groundbreaking animated series. Additionally, more casting has been announced. This includes Kim’s Convenience favorite Paul Sun-Hyung as everyone’s favorite Uncle Iroh, Lim Kay Siu (Anna and The King) as Monk Gyatso, and Ken Leung (Lost, Old) as Commander Zhao.

The streamer also announced that it is partnering with Pixomondo Virtual Production to film the series using a virtual production stage like the one used in The Mandalorian, which Netflix claims is one of the biggest virtual volumes in North America, allowing the “visual effects to be done in real time in camera, combining multiple environments on a single stage.”

Avatar: The Last Airbender is a live-action remake of the popular animated series of the same name, which was set in a fantasy world influenced by Asian culture and martial arts, a world divided into four nations each centered around one of the four elements. Long ago, the four nations lived together in harmony. Then, everything changed when the Fire Nation attacked. Now, it’s been 100 years since the Fire Nation launched an attack and pledged war on the world, and the Avatar, master of all four elements vanished, until the new Avatar, a young airbender named Aang, is discovered.

Much like the Cowboy Bebop live-action remake, if everything else fails, the casting has been pretty much on point. Lee in particular, who already portrayed a very Iroh-like character on Kim’s Convenience (who coincidentally was named Appa!). The only casting announcement that I’m a bit worried about is Leung as Zhao. Leung is a fantastic actor, but can he capture the threatening menace that is Zhao? Can he evoke the sense of fear Jason Isaacs held at the tip of his fingers when he voiced the character in the original? Well, as Iroh would say,

“Sometimes, life is like this dark tunnel. You can’t always see the light at the end of the tunnel. But if you just keep moving… you will come to a better place.”

Avatar: The Last Airbender is currently in production. There is no release date as of yet, but all three seasons of the original show, plus its excellent sequel series The Legend of Korra are streaming on Netflix. Take a look at a cast image released with the announcement:

Showrunner Albert Kim: "We’re thrilled to start production on this incredible project and we’re especially excited to work with the technology-benders at PXO to create the wondrous world of ATLA using the most advanced techniques available to filmmakers anywhere in the world." pic.twitter.com/125MNZacDO