A fresh image from Jurassic World: Dominion is teasing the new kind of dinosaur set to wreak havoc for Chris Pratt‘s Owen Grady: the Atrociraptor. Released exclusively by Empire, the new still features Pratt in the midst of a chase, riding his motorcycle away from danger while an Atrociraptor bites at his heels — literally.

Talking to Empire about the new image, director Colin Trevorrow said that the sequence is set in Malta. “And the picture speaks for itself,” Trevorrow says. “It’s Chris Pratt being chased by an Atrociraptor. And if they catch up, he’s gonna die, I can tell you that.” At first glance, fans could mistake the Atrociraptor for a Velociraptor, the real-life dino that Steven Spielberg brought to life in the original Jurassic Park and which would become a franchise staple. However, as Trevorrow explains it, there are some significant differences between the two species. In Trevorrow‘s words:

“Where the Velociraptor is a little bit more of a stealth hunter, the Atrociraptors are a bit more brutish. These things will just come at you. And in this particular case, they’ve picked his scent, and they’re not going to stop until he’s dead. They’re pretty brutal. They’re pretty vicious.”

At the end of Fallen Kingdom, dinosaurs were released in the wild, which explains why Dominion will travel around the world and show encounters with the scaly creatures in different corners of the globe. Since Dominion is also set four years after Fallen Kingdom, we’ll also see how much humanity has adapted to living side-by-side with dinosaurs. 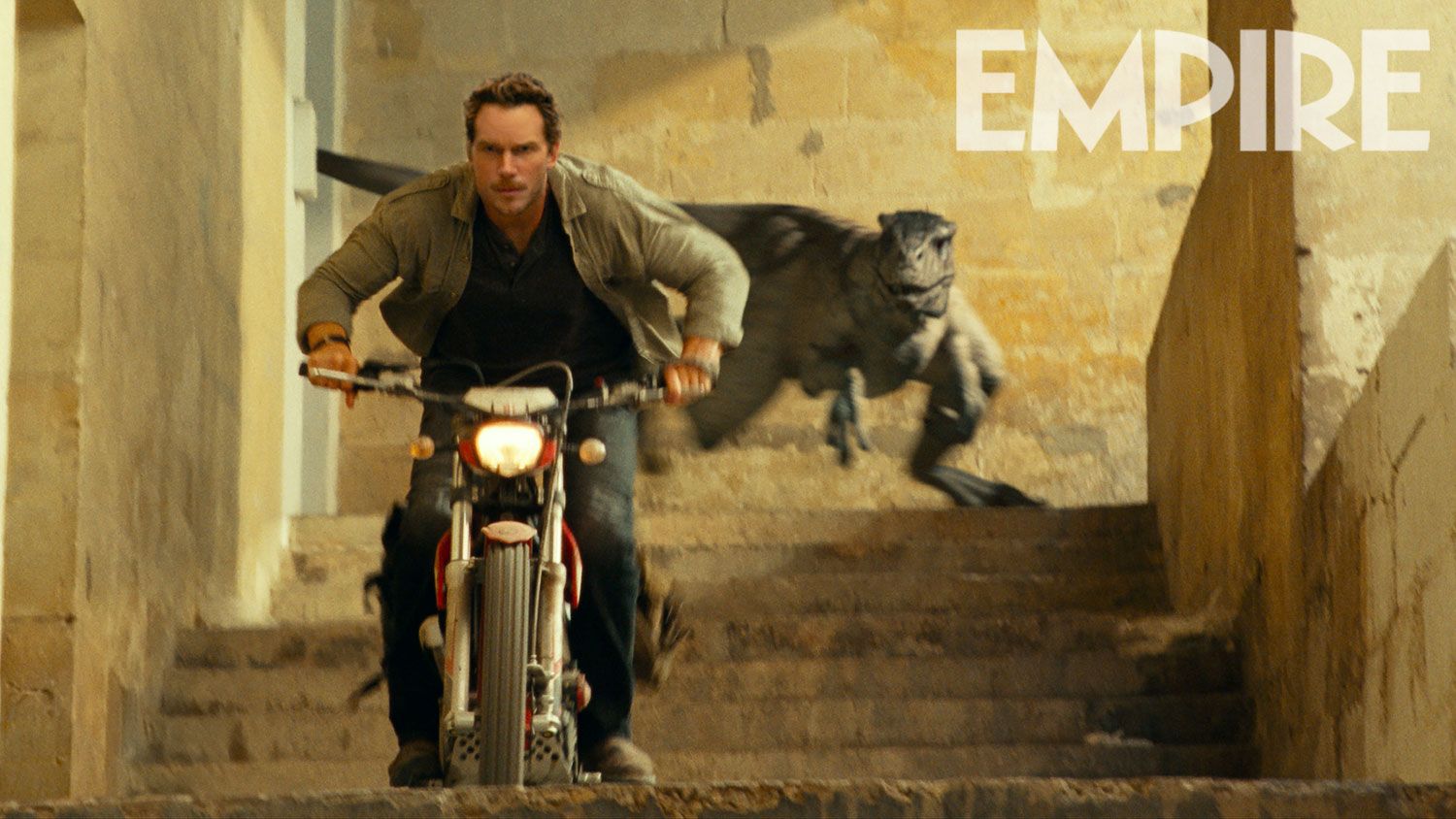 The Atrociraptor is not the only predator ready to debut in Jurassic World: Dominion. Another lean, mean, and scaly cousin of the Velociraptor, the Pyroraptor, will also show up in the sequel. Trevorrow also points out that there is a “little one called the Moros intrepidus, who doesn’t do a ton in the movie, but whenever it shows up, I always love it.”

After co-writing the first two installments of the Jurassic World franchise and directing Jurassic World: Fallen Kingdom, Trevorrow is back to helm Dominion and bring the trilogy to an end. Once again, Trevorrow serves as co-writer with Emily Carmichael, and stars Pratt, Bryce Dallas Howard, Daniella Pineda, and Justice Smith all return for the threequel. Some of the original Jurassic Park cast members are also returning, including Sam Neill as Alan Grant, Laura Dern as Ellie Sattler, and Jeff Goldblum as the wisecracking mathematician Ian Malcolm.