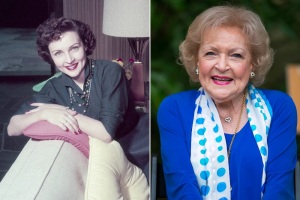 Just weeks before turning 100 and celebrating an outstanding milestone birthday, adored actress and comedian Betty White passed away. Sources told TMZ that Betty passed away at her home on Friday morning. Her agent, Jeff Witjas, confirmed her passing to Deadline with a statement, saying:

“Even though Betty was about to be 100, I thought she would live forever,” Witjas said in a statement. “I will miss her terribly and so will the animal world that she loved so much. I don’t think Betty ever feared passing because she always wanted to be with her most beloved husband Allen Ludden. She believed she would be with him again.”

Prior to her passing, Betty had the longest-running career for any woman in TV. Her first show started way back in 1939 and she has starred in many projects since then. She is probably best known for her lead role in The Golden Girls, where she played Rose Nylund from 1985 to 1992.

Betty has also been in tons of other productions with 115 acting credits to her name. Some of her projects include Date with the Angels, The Mary Tyler Moore Show, The Betty White Show, The Love Boat, Life with Elizabeth, Mama’s Family, The Golden Palace, Ladies Man, The Bold and the Beautiful, Pound Puppies, Hot in Cleveland, That ’70s Show, Higglytown Heroes, Boston Legal, but the list doesn’t end there she has also been in many other films and shows.

As well as appearing in many on-screen projects, Betty got her own radio program after her impressive work in the 1940s, making appearances on “Blondie,” “The Great Gildersleeve,” and “This is Your FBI. In 1949, Betty began co-hosting the variety show Hollywood on Television alongside Al Jarvis, before going back to her beloved TV roles in the 1950s onwards.

As an acknowledgment of her iconic roles, Betty received numerous awards during her long career, including multiple Emmys, Screen Actors Guild Awards, American Comedy Awards, and even a Grammy. She was also nominated for several Golden Globes.

Just this week, People Magazine ran a cover story about White in commemoration of her upcoming birthday celebrations. It’s tragic that Betty was so close to celebrating a milestone birthday on January 17. Her iconic performances and comedy will definitely be missed. If you would like a deeper look into her amazing work or inspiring life story, check out more from Collider.