Disney+ has just released a new trailer for Ice Age: Scrat Tales, a series of six shorts set to be released on the streamer in April.

Ice Age: Scrat Tales will follow Scrat, everyone’s favorite saber-toothed squirrel and the mascot character from the long-running Ice Age franchise. Each short will explore Scrat’s adventures as a new parent after finding Baby Scrat while looking for his beloved acorns. The two will both bond and fight over their love for acorns as they both chase after nuts often perched in precarious positions. Chris Wedge will voice Scrat. Wedge has voiced Scrat throughout the Ice Age franchise. Kari Wahlgren will voice Baby Scrat.

Scrat made his debut in the original 2002 film Ice Age, a film that followed several Ice Age creatures on a journey to reunite a baby human with their family. Subsequent films followed the animal characters on their journeys to finding and handling their own families. In the first film, Scrat’s character was used as an aside. Set apart from the main characters and their quest, Scrat’s only goal is getting and keeping The Acorn, with humorous and extreme outcomes: think ice sheet cracking out to infinity. The new series of shorts will expand on Scrat’s character, centering his experiences, detached from the full-length Ice Age, films.

The original Ice Age film was released in 2002 by Blue Sky Studios and 20th Century Fox. However, after Disney acquired 20th Century Fox in 2019, Disney took control of the property. The films are featured prominently on Disney+, but the new series of shorts featuring Scrat is one of Disney‘s first plunges into creating new stories for the already epic franchise. And considering Scrat’s status as one of the series’ most beloved characters, it’s definitely a good move.

The series of shorts is produced by Anthony Nisi. Robert L. Baird and Andrew Millstein serve as executive producers. Ice Age: Scrat Tales will debut on Disney+ on April 13. Until then, you can check out the new trailer below, along with several stills from the antics of the goofy and hapless saber-tooth squirrel. 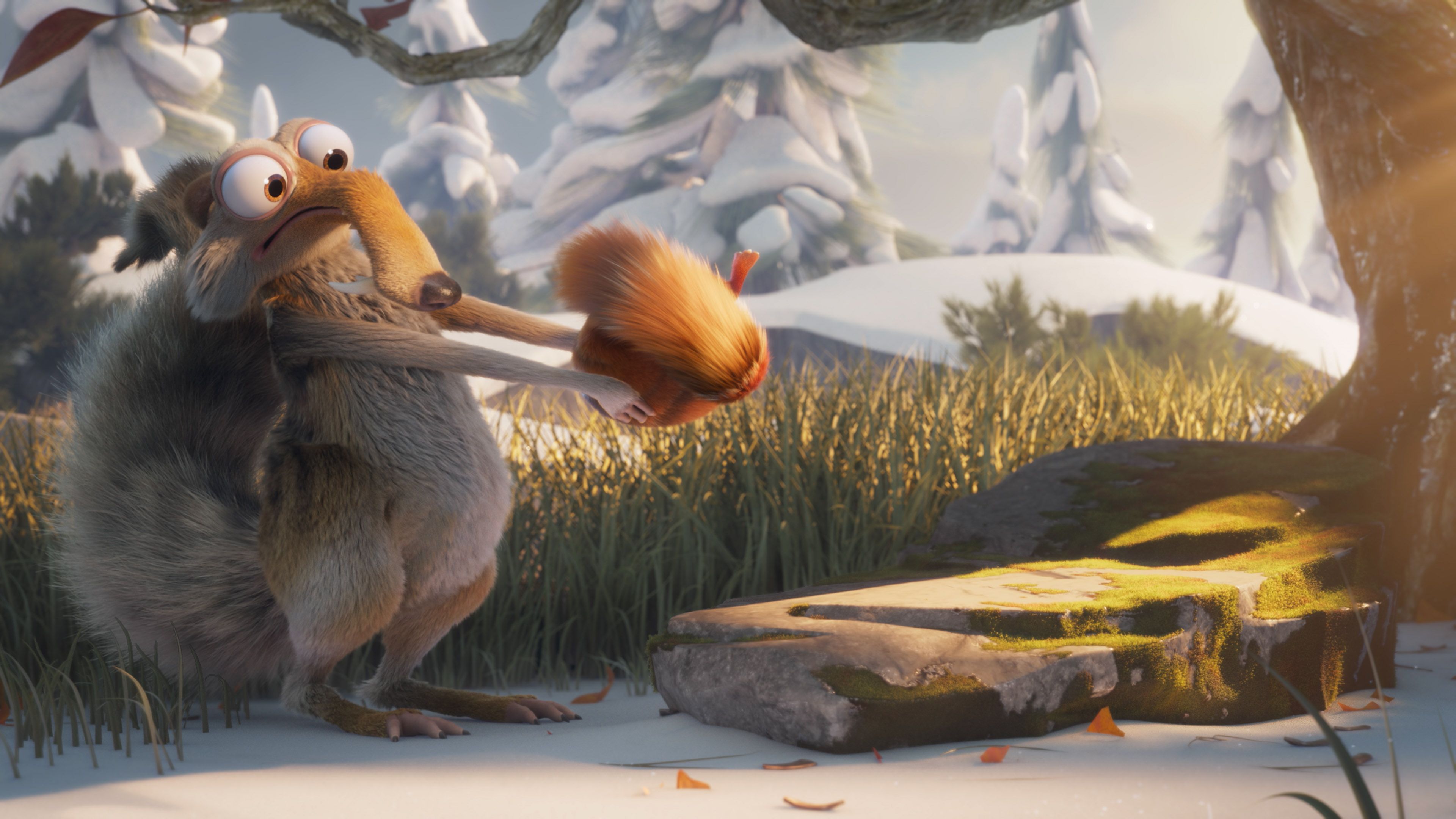 There will be six shorts in total. You can find their titles and descriptions below.

This short shows Scrat and Baby Scrat’s first meeting. Scrat finds joy in their new position as a parent. Until Baby Scrat sees their first acorn, that is.

Scrat uses percussion to create a lullaby for Baby Scrat to fall asleep to.

Scrat and Baby Scrat chase The Acorn into a cave that is full of funhouse mirrors.

Scrat and Baby Scrat end up on opposite ends of a log held up by a single branch, antics ensue.

The Acorn tumbles off a cliff leading Scrat and Baby Scrat to question whether they will be able to live in harmony.