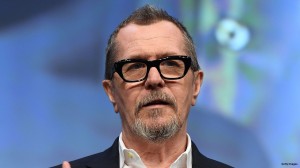 The 2022 movie season is in full swing, with a few big screen epics already making waves. However, it is never too early to talk about the future, and 2023 is slowly shaping up to be another big year for the industry. Probably the most talked about film coming out next year is Christopher Nolan’s Oppenheimer, a film with one of the most insane A-list casts in recent history, and it has just been confirmed that another big star is in the film. Thanks to Deadline, we now know that Gary Oldman will make a small appearance in the upcoming biopic.

Oldman confirmed it himself when he appeared on the UK radio station TalkSport. The Oscar winner has been promoting his new Apple TV+ spy series Slow Horses, and when asked about any other projects he has coming up that he was looking forward to, Oldman said, “I’m doing… Chris Nolan is working on a new film about Oppenheimer.” He added that it was “one scene, a page and a half.” The actor also confirmed that he will be shooting that scene in May.

This small role will see Oldman re-team with Nolan a decade after he wrapped up his role as Commissioner Gordon in Nolan‘s Batman trilogy. Oldman is also best known for his roles in The Fifth Element, Bram Stoker’s Dracula, Leon The Professional, Air Force One, Tinker Tailor Soldier Spy, Mank, the Harry Potter franchise, and Darkest Hour, the latter of which the actor won an Oscar for his performance as Winston Churchill.

Oppenheimer is based on the Pulitzer Prize-winning book American Prometheus: The Triumph and Tragedy of J. Robert Oppenheimer by Kai Bird and the late Martin J. Sherwin. The film will follow real life theoretical physicist J. Robert Oppenheimer, played by Murphy, and his work that led to the creation of the atomic bomb. It is being produced by Universal and Nolan adapted the screenplay for the film. Nolan is also producing the project with his long-time partner Emma Thomas.

A Nolan film is always must watch spectacle, and it will be very exciting to see Oldman reunite with the filmmaker after all this time. Oppenheimer is set to release exclusively in theaters on July 21, 2023. You can watch the full clip of Oldman talking about his involvement in the film down below: