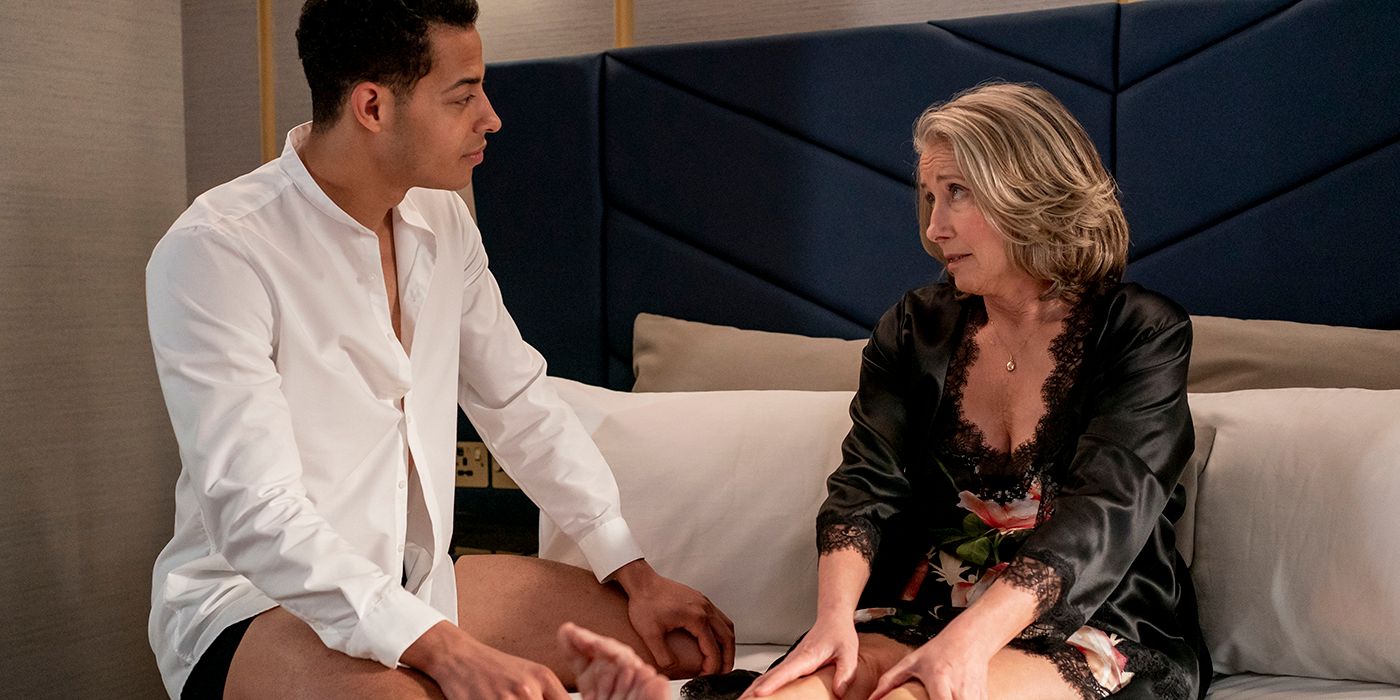 Centered around a retired school teacher (Emma Thompson) who yearns for good company and, well, good sex with a handsome young sex worker named Leo Grande (Daryl McCormack), Good Luck to You, Leo Grande premiered during 2022’s online-only Sundance Film Festival and proved to be one of the festival’s buzziest titles, particularly when it came to Thompson‘s bold and brazen lead performance. Quickly acquired by Searchlight Pictures for a hefty $7.5 million, this flirtatious fling of a film won’t ever be seen in a theater near you, as it’s slated to screen exclusively on Hulu later this summer. But in this case, that might not be a bad thing.

As the movie itself is an engagingly low-stakes dramedy focused on a one-night-stand shared between two very different people, maybe Leo Grande is also the type of flick that benefits from seeing it in the comfort of your own home. We won’t have to wait too long to figure out if that’s the case. The indie darling will be available on the streaming service starting June 17th. Directed by Sophie Hyde (Animals) and written by Katy Brand, making her feature writing debut, Good Luck to You, Leo Grande was celebrated for its charming presentation, lived-in wit, sharp dialogue, and winning performances, though the two-handler comedy was also praised for its frank, surprisingly moving conversations about overcoming your inner and outward biases, as well as the often-lingering stigmas of sexual shame.

At once entertaining and poignant, it’s easy to see why Leo Grande proved to be a critical success and an audience favorite, complete with Thompson allowing herself to be bare — physically and emotionally — in a lead performance that’s already the source of some awards talk. Of course, it’s way, way too early for any discussions like that, but it’s inspiring to know that some of Thompson’s best work is still to come. The two-time Oscar-winning actress/writer has proven her talents many times over, but it’s great to know that we can look forward to another great performance in the coming months.

It should be noted that Good Luck to You, Leo Grande is only one of several Searchlight titles premiering exclusively on Hulu later this year. Along with this Sundance acquisition, the service will also house Fire Island and Not Okay. The former streams on June 3rd, while the latter will make its way on the site on August 5th. Additionally, FRESH, another Sundance title, made its way onto Hulu courtesy of Searchlight Pictures‘ banner on March 4th. And it’s safe to assume that a few more small titles will make their way to the streaming service in the months and years ahead.

While I was fortunate enough to attend this year’s Sundance Film Festival, I sorely missed the chance to watch Good Luck to You, Leo Grande for myself, which is a decision I’ve certainly grown to regret. But thankfully, like you, I don’t have to wait too long to see the film.

Good Luck to You, Leo Grande will stream on Hulu starting June 17th.