Turning thirteen is such as special moment in a boy’s life that the world should stop in its tracks and dance to it. At least that’s the feeling with 13: The Musical, an upcoming musical that is set to premiere on Netflix in mid-August. The story follows a boy who moves from New York City to a small town in Indiana, and in order to navigate the complex social circles of his new school and neighborhood, he decides to make his Bar Mitzvah into the coolest party ever. But how cool can a Bar Mitzvah party get, you ask? Based on the first-look images that the streamer unveiled, it can get pretty cool.

The images reveal that 13: The Musical will look exactly like you’d expect it to: bright-colored and with lots of happy kids looking like they came straight out of Glee. And, judging by the images, it’s safe to say that leading boy Evan Goldman (Eli Golden) more than accomplishes his task of getting all the cliques on his side. They seem to follow him wherever he goes, or… maybe that’s all happening inside his head, as it is common in musicals. If that’s the case, then, poor Evan.

13: The Musical is directed by Tamra Davis, who Britney Spears fans will forever remember as the director of Crossroads. The director has a clear vision for musical numbers and comedy, having helmed several music videos and sitcom episodes across her career. Davis has worked with world-famous bands such as Hanson, Beastie Boys, Sonic Youth, The Smiths, and Depeche Mode, and helmed episodes from Dead to Me, Younger, You’re the Worst, Future Man, and many, many others.

The movie is written by Robert Horn, who adapts the story from his own musical, which he co-wrote with Jason Robert Brown and Dan Elish. The stage musical made history as the only Broadway show made up of a full cast of teenagers.

Netflix premieres 13: The Musical on August 12. Check out the rest of the images down below: 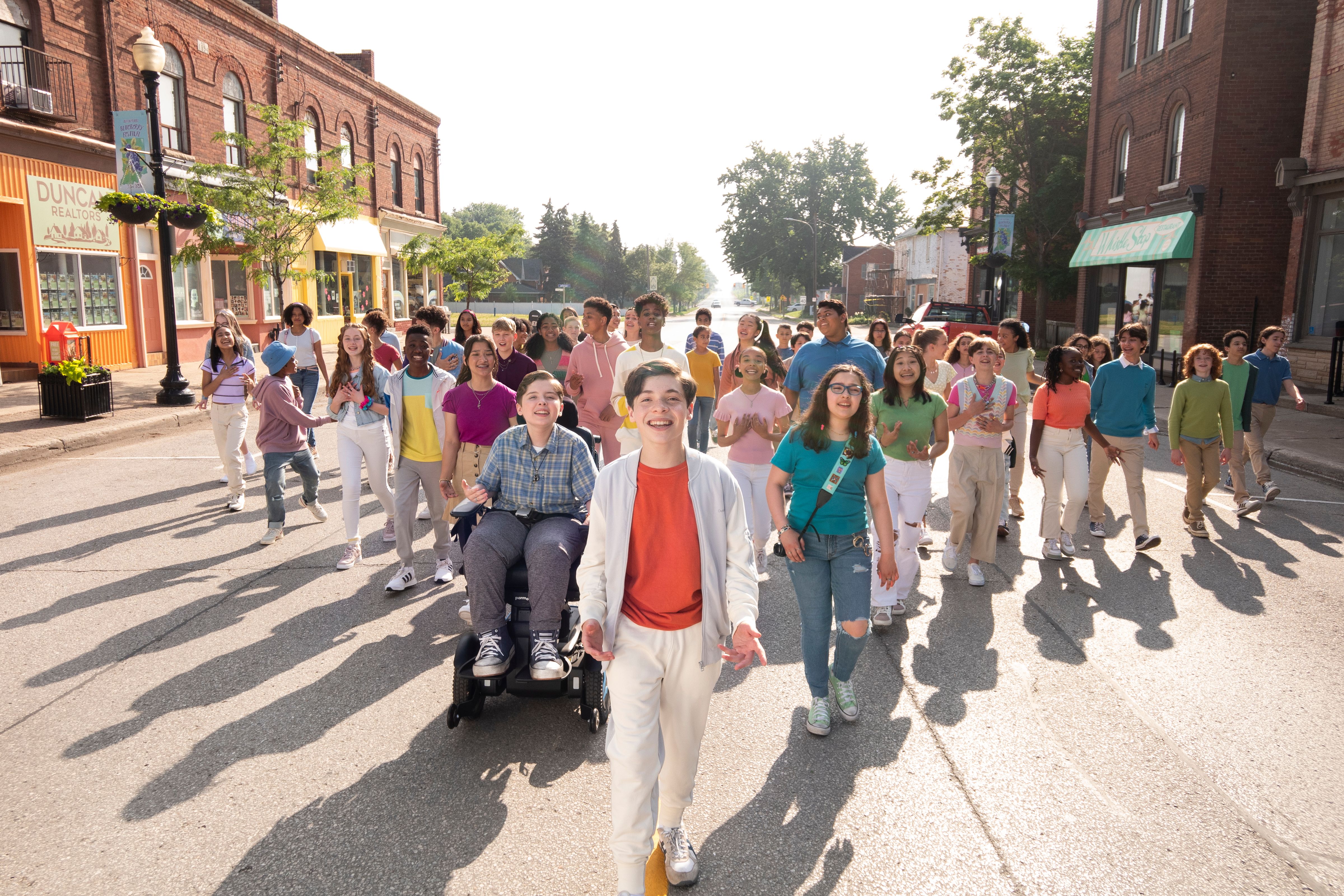