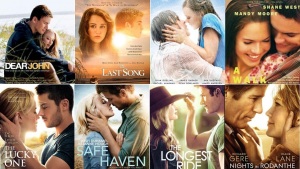 Universal announced today a curious partnership: Worldwide best-selling author Nicholas Sparks is teaming up with production company Anonymous Content in order to bring to life three feature films for the studio. The project is part of a first-look production deal that Sparks signed with Universal. The three movies will be based on the author’s novels, several of which have already been adapted into feature films.

The first novel to be adapted is his recent 2021 bestseller The Wish. The story centers around a couple who meet and fall in love for the first time in the late 90s, but separate and only reconnect two decades later. The romance paints a picture of the enduring legacy of first love — and the decisions that haunt us forever.

In an official statement, Sparks celebrated the partnership and revealed that the deal is a lifelong dream:

“An author could not ask for better producing partners than Anonymous Content, whose taste and history of making award-winning film and television are undisputed. […] Furthermore, it has always been my dream to have my film adaptations at Universal Pictures — they are truly the gold standard, famous for their high-quality dramas of all kinds. As for longtime executives Donna Langley and Peter Cramer, their class, reputations and success speak for themselves.”

The curious part of the deal is that production company Anonymous Content is mostly associated with the production of political thrillers like The Fifth Estate and Oscar winner Spotlight, as well as gut-wrenching dramas like Winter’s Bone and Boy Erased. Even though Anonymous has previously produced some light-hearted stories, adding Nicholas Sparks titles into their filmography will certainly showcase the company’s eclectic range of productions.

Throughout his writing career, Sparks has sold over 100 million books, which have been published in over fifty languages. His success hardly went unnoticed by Hollywood — eleven of his novels have been adapted into films, including The Last Song, Dear John, and A Walk to Remember. One of Sparks’ most notable movie adaptations was his first novel, The Notebook, which featured Rachel McAdams and Ryan Gosling. The movie was a surprise hit, raking in $117 million against a $29 million budget. Combined, the movies adapted from Sparks’ novels have grossed over three-quarters of a billion dollars, making him one of the most adapted authors in the world.

Universal is yet to announce which other two Nicholas Sparks novels will be adapted into feature films, as well as a release date for The Wish.