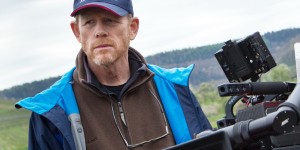 While many fans of action based worlds like MCU, Star Wars, and Indiana Jones have needed to deal with multiple setbacks surrounding the next installment of their highly anticipated productions, that won’t be the case for Ron Howard’s upcoming film, Thirteen Lives. Today, Variety announced that the legendary director’s newest project would be hitting screens early, bumping up from a release date in mid-November to one in August. Prime Video’s acquisition of the MGM film is its latest in bolstering its content to drive up viewership. This most recent deal cost the streaming service a whopping $8.5 billion, something they’re hoping to regain once the film makes its way onto the platform. The plan is for the movie to hit a limited theatrical release, followed by a streaming takeover on Prime Video in the weeks to follow.

Telling a story as no one else can, Howard teamed up with screenplay writer, William Nicholson to create Thirteen Lives, which is based on the true harrowing story of 12 young soccer players and their coach. Following an unexpected pounding rainstorm, the Thai team became trapped inside the Tham Luang cave. Due to the extra water, the boys and their coach were stuck in their confines without the proper gear to survive, including oxygen. After pulling together a crack team made up of some of the world’s top professional divers, the kids and their coach were eventually saved, with all surviving.

Not only does the incredible true-story-based feature have Howard’s name attached to it, but several of Hollywood’s biggest and brightest stars will also make appearances with a call sheet, including the likes of Colin Farrell, Viggo Mortensen, and Joel Edgerton. The buyout move on Amazon’s part comes after a successful run of purchased content including Coming 2 America and Borat Subsequent Moviefilm, which Prime Video got their hands on last year. Not only is Amazon gaining excellent productions through these deals, but they’re also striking up better personal relationships with producers, filmmakers, and acting talent, something that Amazon Studios head Jennifer Salke looks forward to continuing.

In her conversation with Variety surrounding the streamer’s new deal with Thirteen Lives, she cited the film’s message of “hope, determination and triumph” for the studios’ main interest. Furthermore, through their testing phases with titles including the aforementioned comedies as well as other hits like The Tomorrow War and Without Remorse, Amazon is getting a better idea of what their customers would like to see when they’re scrolling. Surrounding this, Salke commented that the new Howard helmed film would be “the perfect movie for that kind of strategy.”

While there is no set date for Thirteen Lives, we can expect it to land in theaters in early August with its Prime Video release date to come shortly thereafter. As always, stay tuned to Collider for more updates.