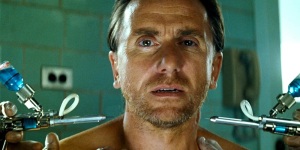 Tim Roth is set to replace Ian McShane in the Australian Paramount+ drama series, Last King of the Cross. McShane, who played Deadwood antagonist Al Swearengen on HBO, has dropped out due to health issues, according to Deadline.

Originally cast for the role in March, McShane “withdrew due to health concerns.” Producer, Mark Fennessy, addressed McShane‘s exit, stating, “It’s unfortunate that Ian is unable to join us, and we wish him a speedy recovery. We are truly delighted that the super brilliant Tim Roth joins our cast as Ezra and cannot wait to see him breathe life into yet another unforgettable character.”

The part of the “wily and much-celebrated” Ezra Shipman is being taken up by Roth who is known for his work with writer and director, Quentin Tarantino, in films like Reservoir Dogs, Pulp Fiction, and The Hateful Eight. The character, Shipman, is a successful and feared underworld boss of a nightclub in Sydney’s King’s Cross, who is coming to terms with the end of his legacy, which is where John Ibrahim (Lincoln Younes) and his brother Sam come in.

Deadline describes the new drama series as, “an operatic story of two brothers, Sam and John Ibrahim, who organize the street but lose each other in their ascent to power.” Roth will play the antagonistic, the “most powerful and most feared man in Sydney”, who takes Ibrahim as his successor.

Filming of Last King of the Cross is currently underway in Sydney. It is produced by Helium Pictures and written and directed by Kieran Darcy-Smith. Roth and Younes will be joined by Tess Haubrich (Spiderhead, Alien: Covenant), Callan Mulvey (300: Rise of an Empire, Captain America: The Winter Soldier), Claude Jabbour (Stateless, On the Ropes), Maria Tran (Tracer, Echo 8), Matt Nable (Riddick, Arrow), Damian Walshe-Howling (Underbelly, The Reef).

Read the official synopsis for Last King of the Cross below:

Inspired by John Ibrahim’s best-selling autobiography, Last King of The Cross is an operatic story of two brothers, Sam and John Ibrahim who organize the street but lose each other in their ascent to power. The drama tracks John Ibrahim’s rise from a poverty-stricken immigrant with no education, no money, and no prospects, to Australia’s most infamous nightclub mogul in Sydney’s Kings Cross – a mini-Atlantic City, barely half a mile long with every form of criminality on offer.