During the Licensing Expo in Las Vegas, DC displayed the new superhero uniforms from their upcoming slate of films scheduled for the next few years, including Ezra Miller’s costume for The Flash. Collider‘s own Steven Weintraub‘s exclusive images from the event reveal more about the mysterious film, showing how the speedster costume will change after his last appearance in Justice League.

In Justice League, Miller sported a techno-looking suit as his version of The Flash. The uniform looked like it was made from several metallic parts, highlighting how that version of the speedster hero was ready to use armor pieces to protect himself in combat. The new uniform, designed by Alexandra Byrne, sticks close to the comic books, going in the opposite direction.

Instead of being made of several moving parts, the new Flash uniform is a single red piece that looks like rubber. The costume also has a lighter tone of red that looks more like the comic book counterpart of the hero, instead of reusing the darker tones from Justice League. In addition, the symbol in the middle of the new costume is also taken straight from the comics, with the yellow lightning bolt centered in a white circle. In Justice League, The Flash had wholly dropped the ring in favor of a different design.

Besides Miller, The Flash’s cast also includes Michael Keaton as Batman, Kiersey Clemons as Iris West, Maribel Verdú as Nora Allen, and Ron Livingston as Henry Allen, replacing Billy Crudup as Barry’s father after his appearance in Justice League. Sasha Calle will also be showing up as Supergirl, and the heroine also had her new uniform revealed earlier today. Social media star Rudy Mancuso and Saoirse-Monica Jackson are also involved in the project on undisclosed roles.

The Flash is directed by It‘s Andy Muschietti from a screenplay by Bumblebee‘s Christina Hodson. Warner Bros. is keeping the lid shut on The Flash’s production, as the upcoming film promises to change DC’s superheroes’ future in cinema.

While we still have a whole year before The Flash’s release, there are three other DC films set to release in 2022. On October 21, we’ll get to see Dwayne Johnson lead the supervillain-centric Black Adam. Then, on December 21, Zachary Levi will be back for the highly-anticipated sequel Shazam! Fury of the Gods. Finally, there’s also a solo Batgirl movie in development for HBO Max, with Leslie Grace as the titular heroine and Brendan Fraser as Batman’s villain Firefly. Curiously, Keaton is also set to replay his Batman role for Batgirl.

The Flash is set to hit theaters on June 23, 2023. Check out the images of the Flash’s new costume below. 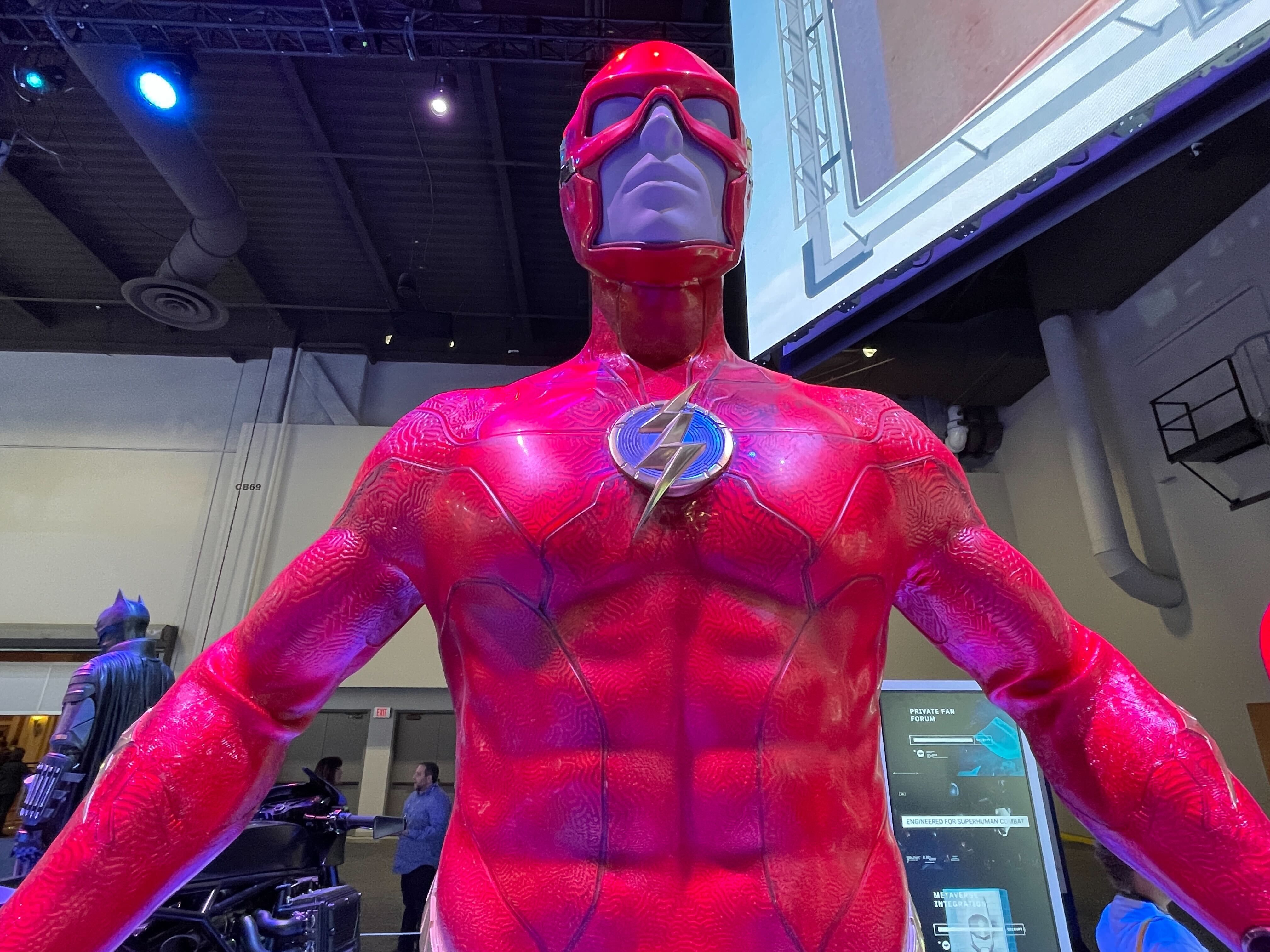