Apple TV+ has announced today that Sharon Horgan‘s dark comedy series Bad Sisters will come to the streaming platform this August. Besides revealing a release date for Bad Sisters, we also got a new batch of images that gives us a better look at the all-star ensemble cast.

The first image shows the five titular Bad Sisters in what seems to be a religious event. Played by Horgan herself, Anne-Marie Duff, Eva Birthistle, Sarah Greene, and Eve Hewson, the sisters will be united by tragedy in the upcoming series. And since they are all wearing black in the first new image, we can assume they are attending a funeral. However, that doesn’t seem like the funeral of their parents, the main event that will lead the sister to swear they’ll always be there for each other. As the series synopsis underlines, the bad sisters’ parents died a “premature death,” so it’s more likely they are attending another funeral in the image. Talk about bad luck, right?

In direct contrast to the first picture, there’s also an image of the sisters walking in the woods with birthday party hats. We can only imagine what leads to this bizarre moment, but since the series will premiere in a couple of months, it won’t be long for us to know what exactly is going on. The new images also reveal some of the supporting cast for Bad Sisters, which also counts on the talents of Claes Bang (The Northman), Brian Gleeson (Peaky Blinders), Daryl McCormack (Peaky Blinders), Assaad Bouab (The Pursuit of Love), and newcomer Saise Quinn.

Horgan, Faye Dorn, and Clelia Mountford executive produce for Merman Television; and Malin-Sarah Gozin (Tabula Rasa), Bert Hamelinck, and Michael Sagol (Sound of Metal) executive produce for Caviar. Bad Sisters is the first series coming from the first-look deal between Hogan and Apple TV+, enacted through her production company Merman, which she co-founded with Clelia Mountford.

A delicious blend of both dark comedy and thriller, ‘Bad Sisters’ follows the lives of the Garvey sisters bound together by the premature death of their parents and a promise to always protect one another.

Bad Sister premieres at Apple TV+ with the first two episodes on August 19. After that, a new episode of the ten-episode season will be released weekly, every Friday. Check out the new images below: 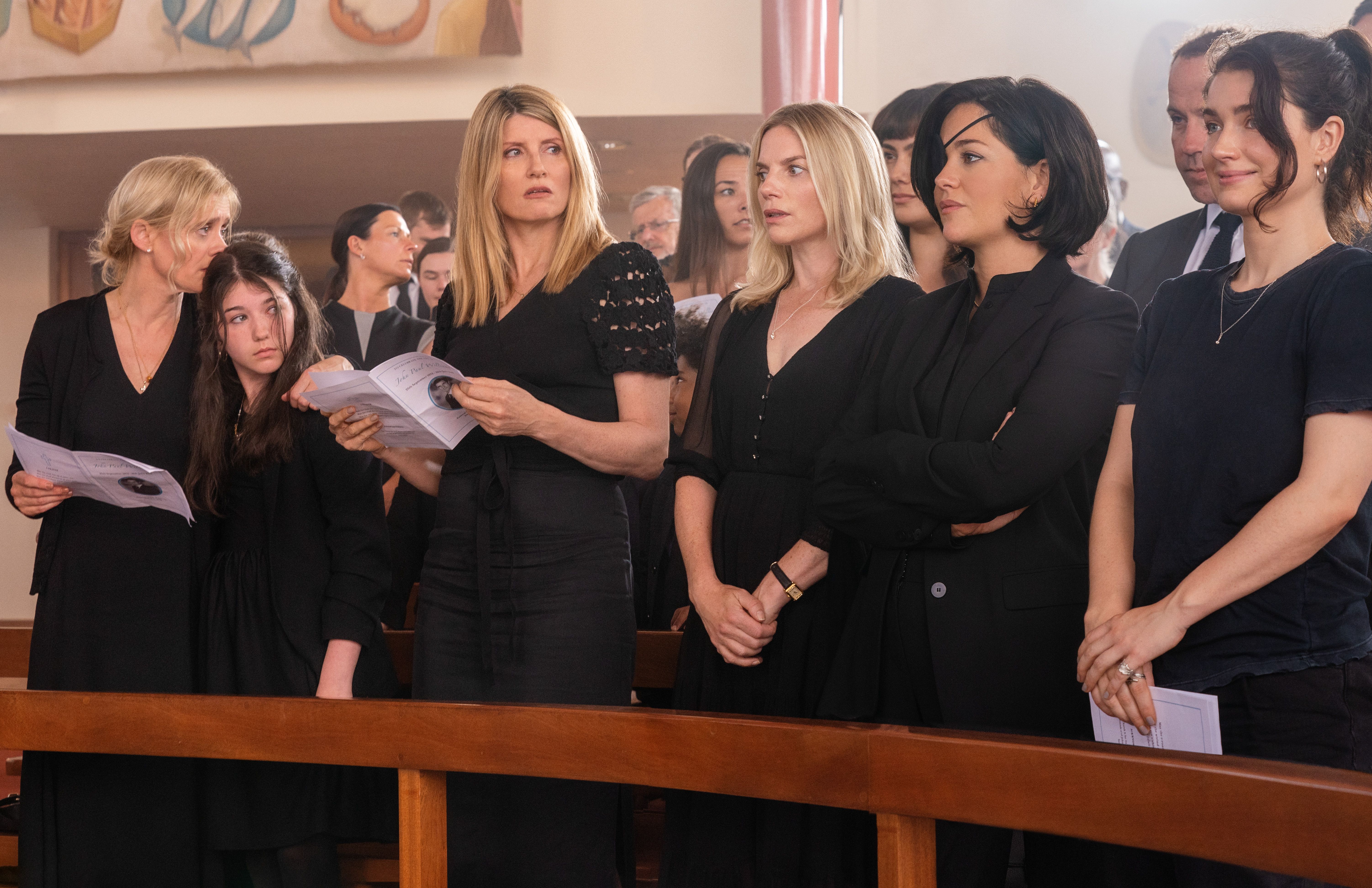