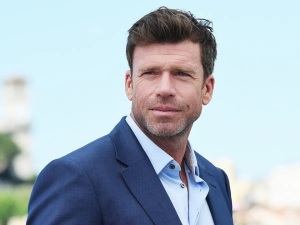 Taylor Sheridan is one busy man, and getting busier. News has broken that he’s taking over as showrunner on his Paramount+ series Lioness. Variety learned in an exclusive that Thomas Brady, who was originally attached as showrunner and who was there throughout the writer’s room for the series, left amicably after the room had wrapped, and creative differences pushed them apart. The show hasn’t begun production yet though, they’re set up to begin in September. This comes as part of Sheridan‘s larger deal with Paramount.

What sets Lioness apart from Sheriden‘s other projects is that its main cast is built around two women: Zoe Saldaña and Laysla De Oliveira. It is based on the very real CIA program where women were trained to take on terrorist and criminal networks by infiltrating them. Having both Saldaña and De Oliveira as stars shows us just how strong this show is going to be in the grand scheme of Sheridan‘s overall deal, which includes shows like Yellowstone and the new series 1923 which is set to to star Harrison Ford and Helen Mirren.

The Lioness series will follow Cruz Manuelos (De Oliveira) who is a young and passionate yet rough-around-the-edges Marine who is recruited to the CIA’s Lioness Engagement Team alongside Saldaña‘s Joe, who is the station chief of the Lioness program and is the one tasked with training her team of operatives.

Sheridan has made a small empire out of his work on shows like Yellowstone and its subsequent spin-off series but he has also given his stamp to movies like Hell or High Water starring Jeff Bridges, Chris Pine, and Gil Birmingham, who he’s also worked with on Yellowstone. He has his hands in all these series with his deal with Paramount and so it makes sense that he’d take the lead on Lioness too even if his plate is very full with the rest of his line-up.

Sheridan is also an executive producer on the show alongside star Saldaña as well as Sheridan‘s collaborators David C. Glasser, Ron Burkle, Bob Yari, and David Hutkin. Nicole Kidman is set to executive produce via Blossom Films with Geyer Kosinski and Jill Wagner also executive producing the series. It’s going to be an interesting change from the Yellowstone world that we’ve seen Sheridan building with his shows but he’s no stranger to telling female-focused stories. He also directed the Angelina Jolie led film Those Who Wish Me Dead so it will be a fascinating new world to explore on Paramount.